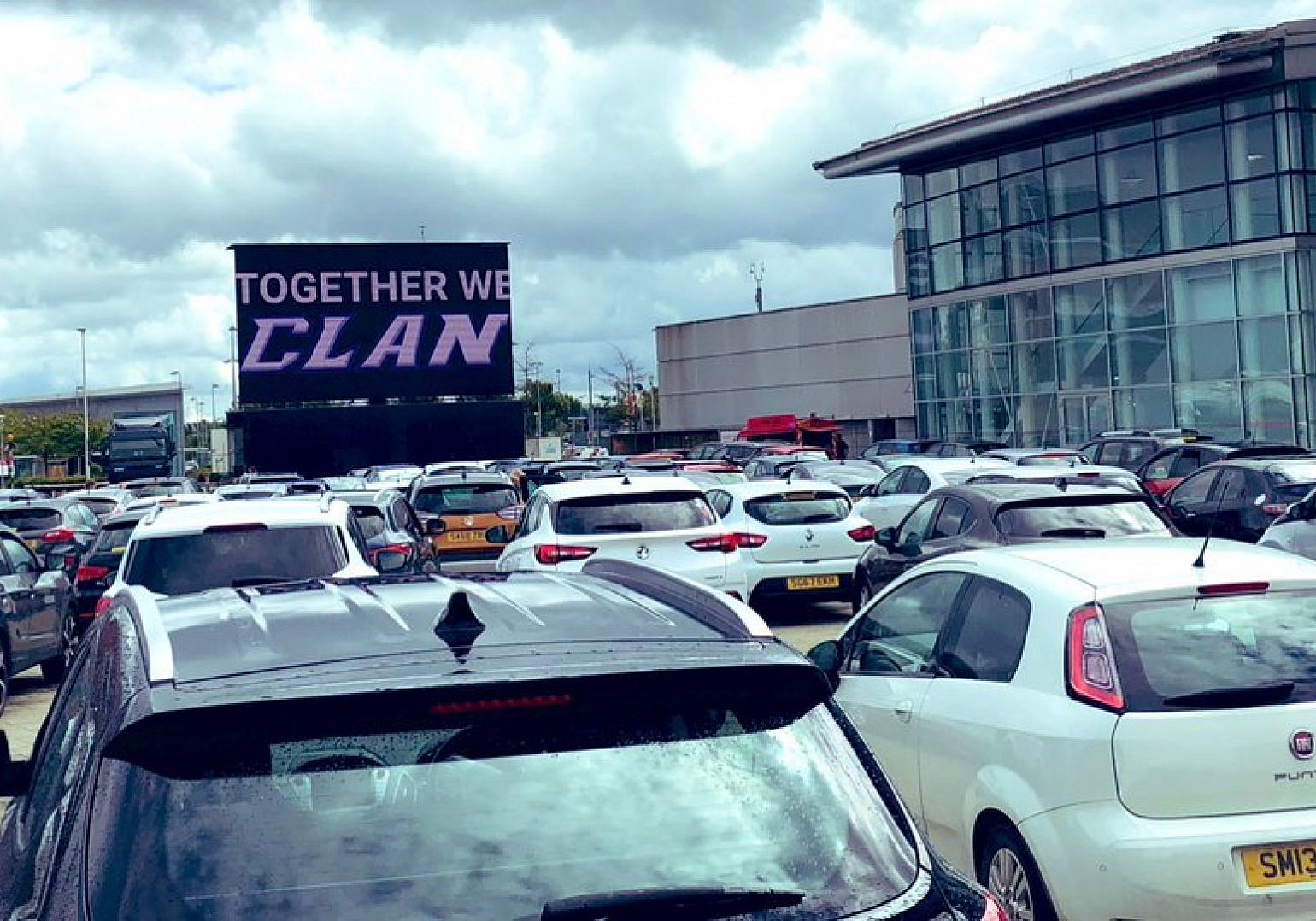 Glasgow Clan premiered a new and novel way to keep their fans entertained during the extended offseason with their first-ever 'Drive-In Movie Night' on Sunday evening.

Fans were able to gather outside Braehead Shopping Centre in their cars and hear about the team's three new signings, followed by a screening of the Mighty Ducks Movie. A big screen showed the images, while fans could pick up sound by tuning in their FM radios in their cars to ensure social distancing requirements were adhered to.