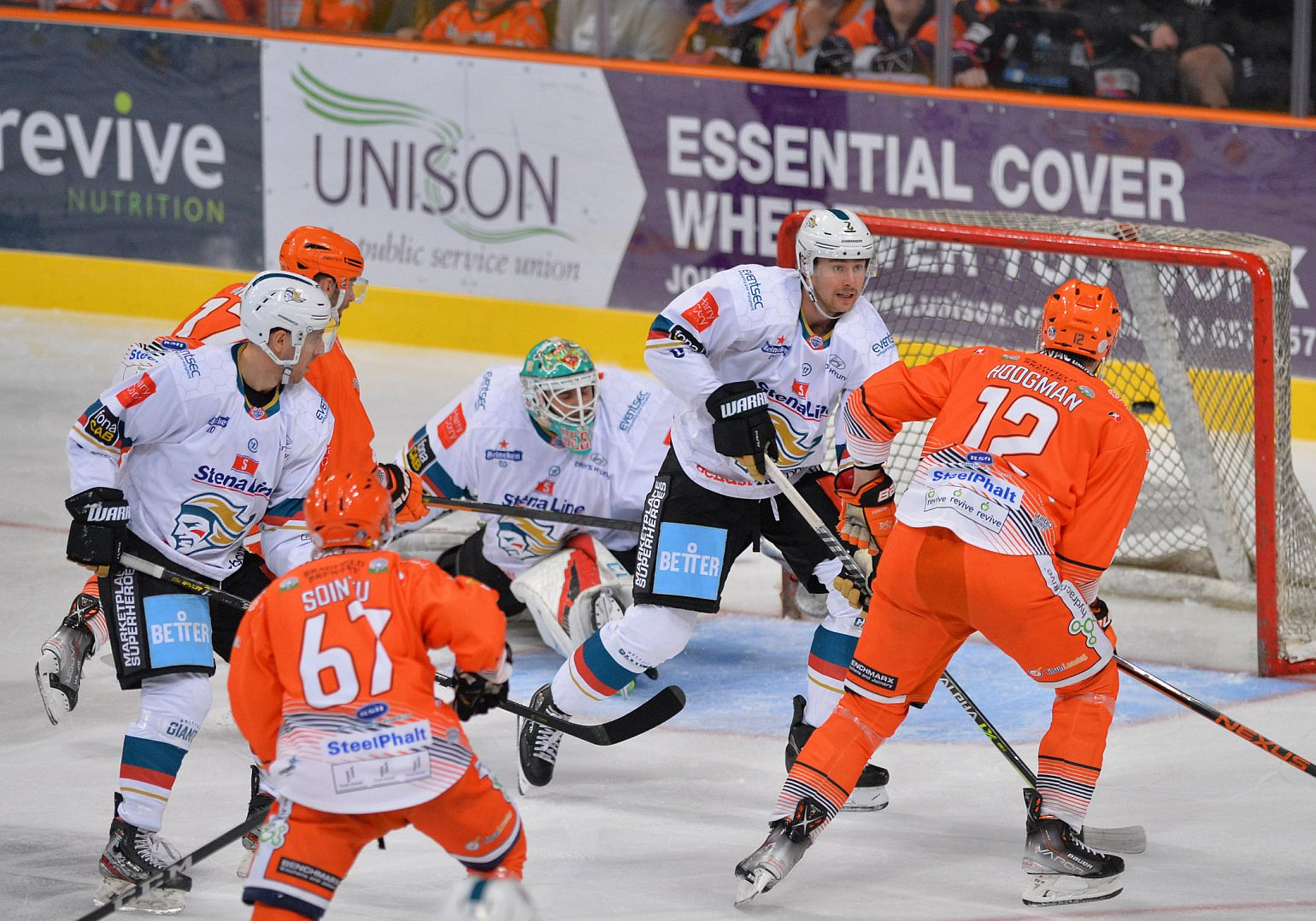 Week 29, the penultimate of the 2021/22 Premier Sports Elite League regular season, is upon us - and could it be the week when the league title is decided?

The short answer is lt could be- Belfast could mathematically win the league this week, and we've detailed the scenarios of how that happens below*.  A lot of the setup for the weekend will depend on how Wednesday night plays out when Sheffield host Manchester for their last-remaining game in hand. Were the Steelers to win that, they'll be a point behind Belfast with four left to play each, and three of those will be against each other! The Giants hold the tie-break advantage, meaning Sheffield will need to come out of the weekend at least three points better off to go top of the table.

Dundee could still finish fourth in the table if they can edge past Nottingham on Wednesday night, while Guildford will host fourth-place chasing Coventry on the same evening.

Note that if Guildford win, Fife would be all-but eliminated from playoff contention.

There are no Friday games this week, but that sets up a full five-game slate on both Saturday and Sunday. Coventry's hopes of coming fourth are likely to depend on their home fixture against Nottingham, while Dundee head back into Fife with the Flyers again facing elimination from the playoff race. Cardiff face Guildford for the final time this season elsewhere on Saturday night, while Glasgow will look to pick up form after a week off when they host Manchester.

On Sunday, Nottingham are home to Guildford in the day's other early start with Sheffield and Belfast also at 4pm. Dundee host Fife, while Manchester are home to Cardiff. Coventry vs. Glasgow is likely to be significant for playoff seeding.

*How do Belfast win the league this week?