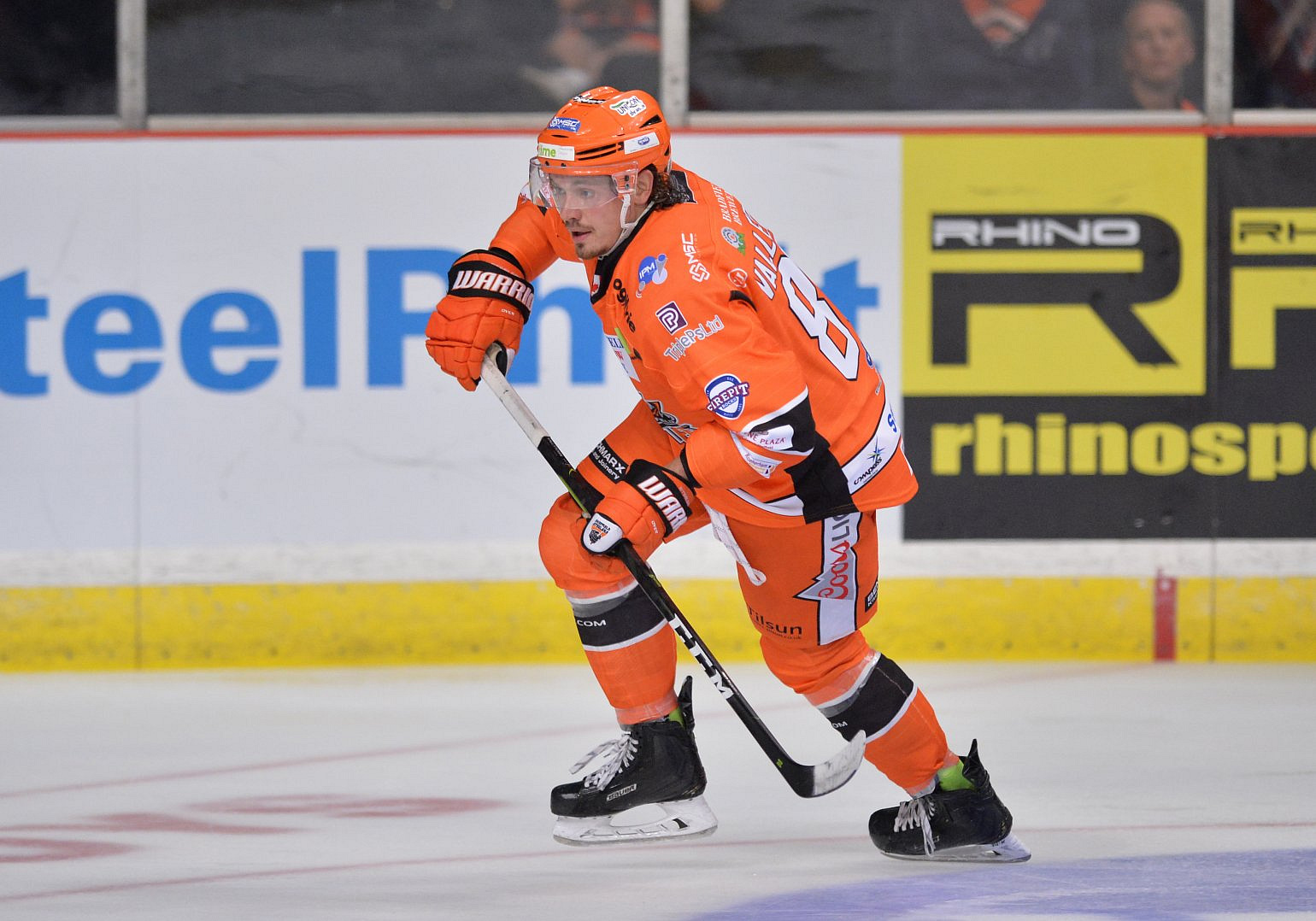 Leading the league for both goals and points, it's not been a bad opening few months for Marc-Olivier Vallerand on his return to the Elite League.
Six points in his side's pair of wins on a Scottish double-header saw him chosen as our Player of Week 7.
"We’re riding high at the moment, everyone is chipping in and thing are looking good right now,” began Vallerand, whose Steelers side have had two four-point weekends in a row. “We’re playing the kind of hockey that we were talking about for a few weeks. We want to be a quick, aggressive team that plays simple but counters fast. We’ve been talking a lot about keeping control of the puck, playing out of our own zone and having a quick transition which is key for us.”
“It’s been two weekends with four points, but the most pleasing thing for the whole team has been that things are happening all over the roster. Last weekend our fourth line was just as good as our first, and I guess it’s tough for teams to match four lines that are playing well, he continued. “If Line 1 isn’t going the others are finding goals. Everyone has a good feeling and we want to ride this wave as long as we can."
Vallerand is the league leader for both goals (7) and point (16). Last time he was in the league, Canadian scored 65 points in 48 games - ending the season with the fourth-highest points per game average in the EIHL. “It’s a good feeling, and the fact that we are winning makes everything sweeter. You try to help your team as much as you can - at the moment it seems like the puck is rolling for me, but I’m just trying to play my game and be the best kind of player I can be every night," explained the the 30-year-old. "I want to bring speed and energy, and create chances - so far as that’s been working."
Share
Tweet