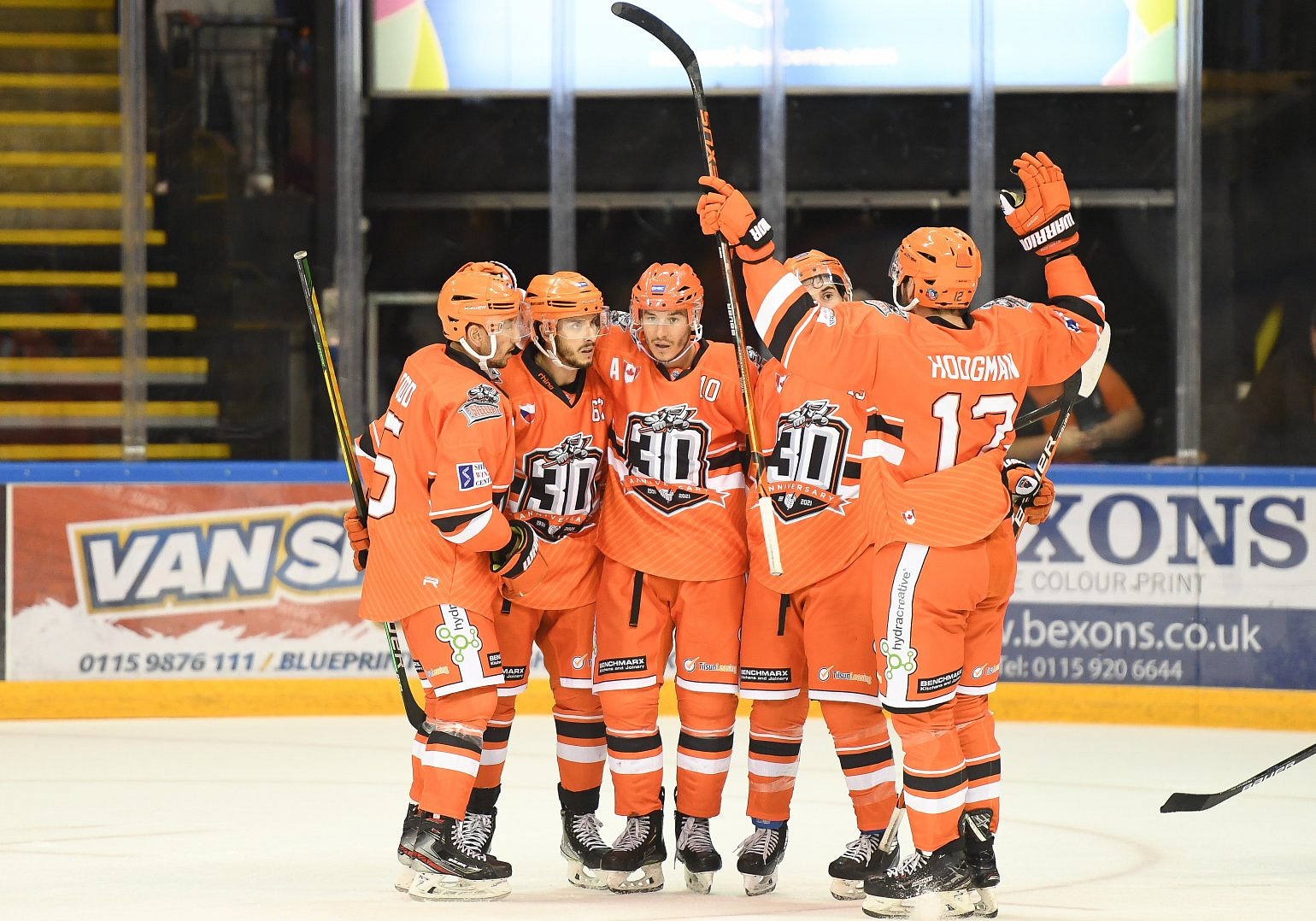 While Guildford and Coventry battled it out in the first competitive game of 2021/22, six more teams were in preseason action on Saturday night across three nations.

In Scotland, Fife avenged their defeat to Dundee 24 hours earlier with a home win by just a single goal. James Anderson was the scorer of the game's only goal 10:05 from the end of the match in front of a big crowd to see the Flyers take to the ice after a season without games.

In Wales, Cardiff continued their unbeaten preseason with an emphatic 8-1 victory over Manchester. The Devils were ahead inside the opening minutes thanks to Stephen Dixon's goal 48 seconds in, and from there Jarrod Skalde's side never looked back. Matt Register made it two just over four minutes before the end of the opening period, and then two quick goals towards the end of the second from crowd favourite Brandon McNally and CHL hot-shot Cole Sanford gave the Devils four - Tyson Fawcett had pulled the Storm back to within one at 34:05.

A second for Dixon opened up period three before a lovely drag from Josh Waller saw him make it six and continue his excellent preseason so far. Two goals in 44 seconds from Brodie Reid rounded off a good night for the Devils in front of 2,930 spectators.

Finally in Nottingham, the Panthers and Steelers renewed their long-standing rivalry with an energetic crowd of almost 6,000 inside the Motorpoint Arena. Kevin Domingue opened the scoring for the Panthers with 5:48 gone, but the Steelers were level shortly before the first intermission thanks to Daine Todd.

With 51 seconds left in the second, Robert Dowd put the visitors ahead, and Martin Látal gave the Steelers some breathing space with the team's third late on. JC Brassard made things interesting when he pulled one back for the Panthers with 2:15 to go, but it was the Steelers who hung on for the win.