Sullivan: It's made me more confident in general 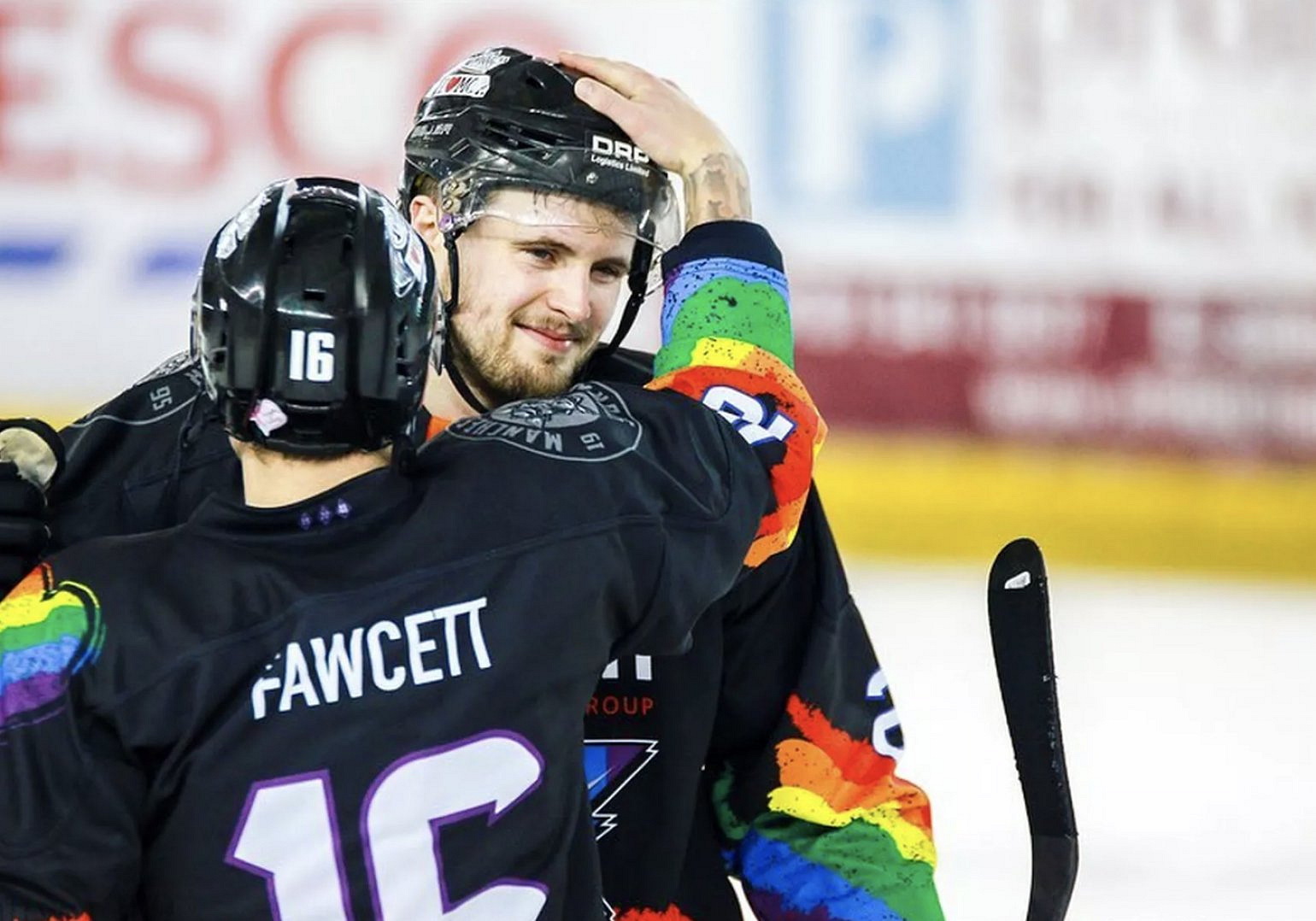 On Sunday morning of Pride Weekend 2020, Manchester Storm defenseman Zach Sullivan took to social media to reveal details about his sexuality. A tidal wave of love and support followed from across the hockey world in the weeks and months that followed, with Zach becoming one of the leading voices championing equality in sports. We caught up with him a year later to reflex on the past 12 months.

“It was all a bit of a whirlwind to start with! On the Sunday, ‘Finner’ (Head Coach Ryan Finnerty) said to me that some people wanted to do a few interviews, but then early on Monday he hadn’t said any more so I thought ‘Maybe it’s gone under the radar, that’s kind of good’,” began Sullivan, who wasn’t known for being a big fan of giving interviews. “However, not long after he told me ‘They want you in Media City for the BBC and ITV!’

“To begin with it was all quite a shock, and it didn’t really stop. I spoke to Sky Sports, CNN, was on the NHL’s Instagram Story which was a bit scary, but everyone I’ve spoken to has really been behind the message. I am really grateful to everyone for giving me the opportunity to keep spreading the message and reaching more people.”

Suddenly being in the spotlight wasn’t something Zach was used to, or entirely comfortable with. “I remember my first ever interview in Glasgow. We were in the carpark filming and I just couldn’t stop laughing because I was so nervous. I got quite a lot of stick for that form the guys!” he joked. “I don’t think I’m any more confident in myself now, but I am willing to be taken out of my comfort zone to talk about a message that’s very important.”

The 26-year old continued: “I’m just so thankful that I’m able to speak so candidly and openly. If people can’t do that, it doesn’t have the same message. When I got asked to do this interview I was thinking ‘oh God, don’t say anything stupid’, but more experience combined with the passion behind the message has helped me along. And I am making a conscious effort to make sure it’s ‘our message’, rather than ‘my message’, because it’s something shared by the entire LGBTQ+ community.”

Like everyone else in the UK and further afield, Zach has been spending a lot of time at home lately. Being able to open up and discuss things in public more freely, has it made dealing with the Covid-19 pandemic and lockdowns easier? “It probably hasn’t made much difference, but I do feel freer with my own personality and sexuality, and that has made me more confident in general,” explained Sullivan. “I’ve been doing some on-ice training where allowed and certified as Covid-secure, but otherwise it’s been a struggle much like it is for everyone else with not being able to see friends and family.

“It’s the first time in nine years that I’ve been at home with my parents which has been interesting as well! When you’re in a team house we all go through the same thing and know that there are times when you just need some time to yourself, but it’s been harder to find that ‘me time’ now at home. “

What have Zach’s hacks been for getting through long periods at home? “I’ve been watching a lot of Netflix – I keep asking my friends for some new things to watch, but I’ve already seen most of what they come up with!” he said, before also revealing a more rewarding part of being at home. “I have also been working at my mum’s nursery as well, and it’s been nice to help her out. Without her, neither my siblings or I would be where we are now, so I’ve enjoyed being able to give something back to her and help where I can."

He concluded: "I’m training to become a financial advisor, and I’ve also bought a 3D printer so I’ve been playing with that quite a bit! I play Warhammer, so I’ve been printing a lot of that.”