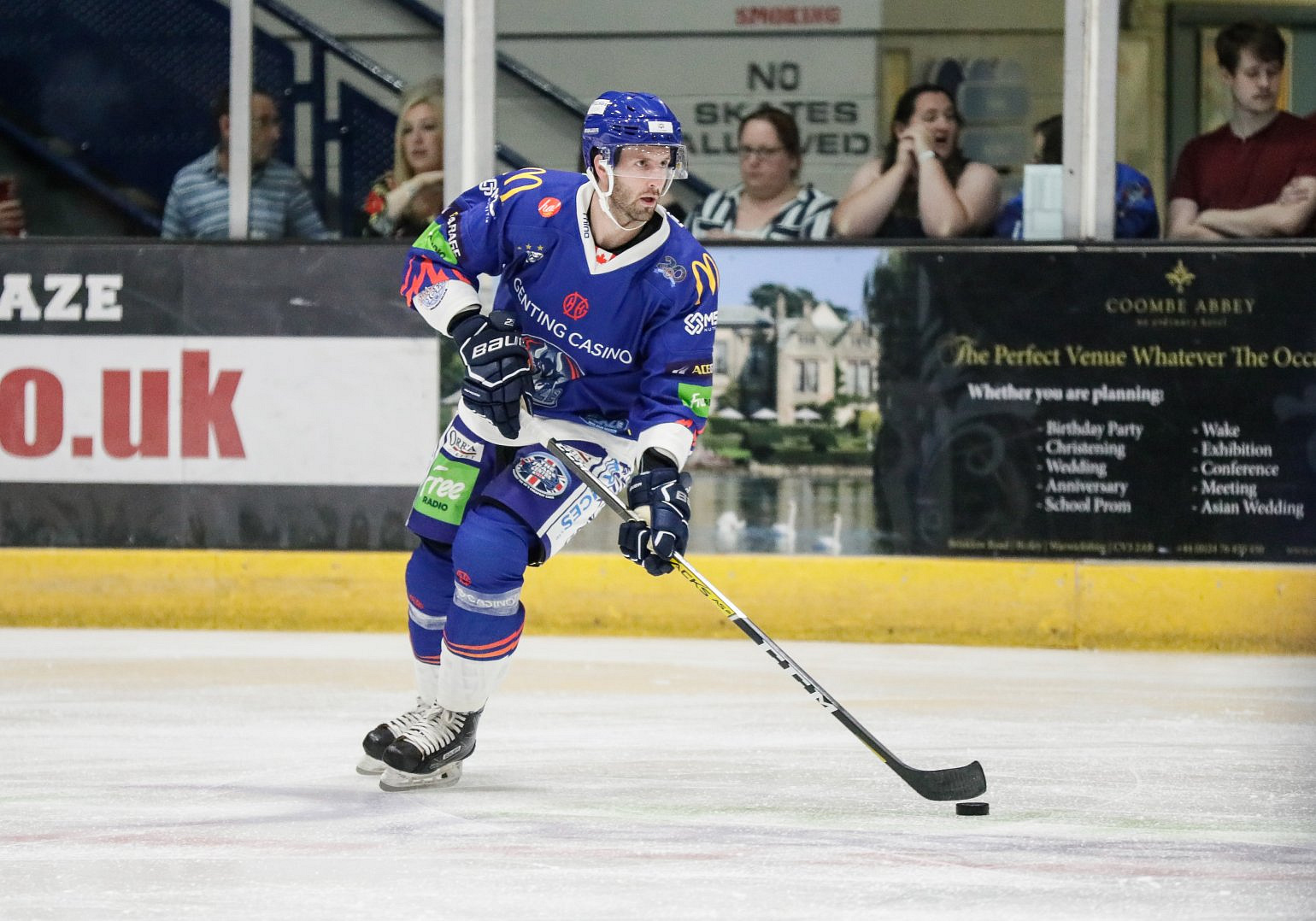 Coventry Blaze gave their fans some excellent news on Friday evening by confirming that captain Drew Schiestel will stay with the team for the new season.

The 31-year-old arrived at the Skydome last season after winning the playoffs with Cardiff in 2018/19. He has played 90 games in the Elite League to date across all competitions and put up 45 points.

"Getting our Captain back was an integral part in us planning for next season. He is a huge part of our leadership group that played a big part in our success last season," explained Head Coach Danny Stewart. "On the ice Drew is as good a two-way defender as any in the league. For me, he’s arguably the most elite skater in the league, which allows him to play a very good 200-foot game. He is another great pro who comes to work every day and that rubs off on others.

"He will again play a massive part in all situations for us. He had a nasty injury last season that saw him miss some time, but he came back and didn’t miss a beat. That’s the type of character we have leading our charge once again."

Schiestel spent six years in the AHL before making his European debut in the DEL with Düsseldorf. He went on to have spells with Rungsted in Denmark, Fehérvár of Hungary in the EBEL, Lørenskog in Norway and an end of season run back in the EBEL with Medveščak Zagreb before signing in the EIHL.