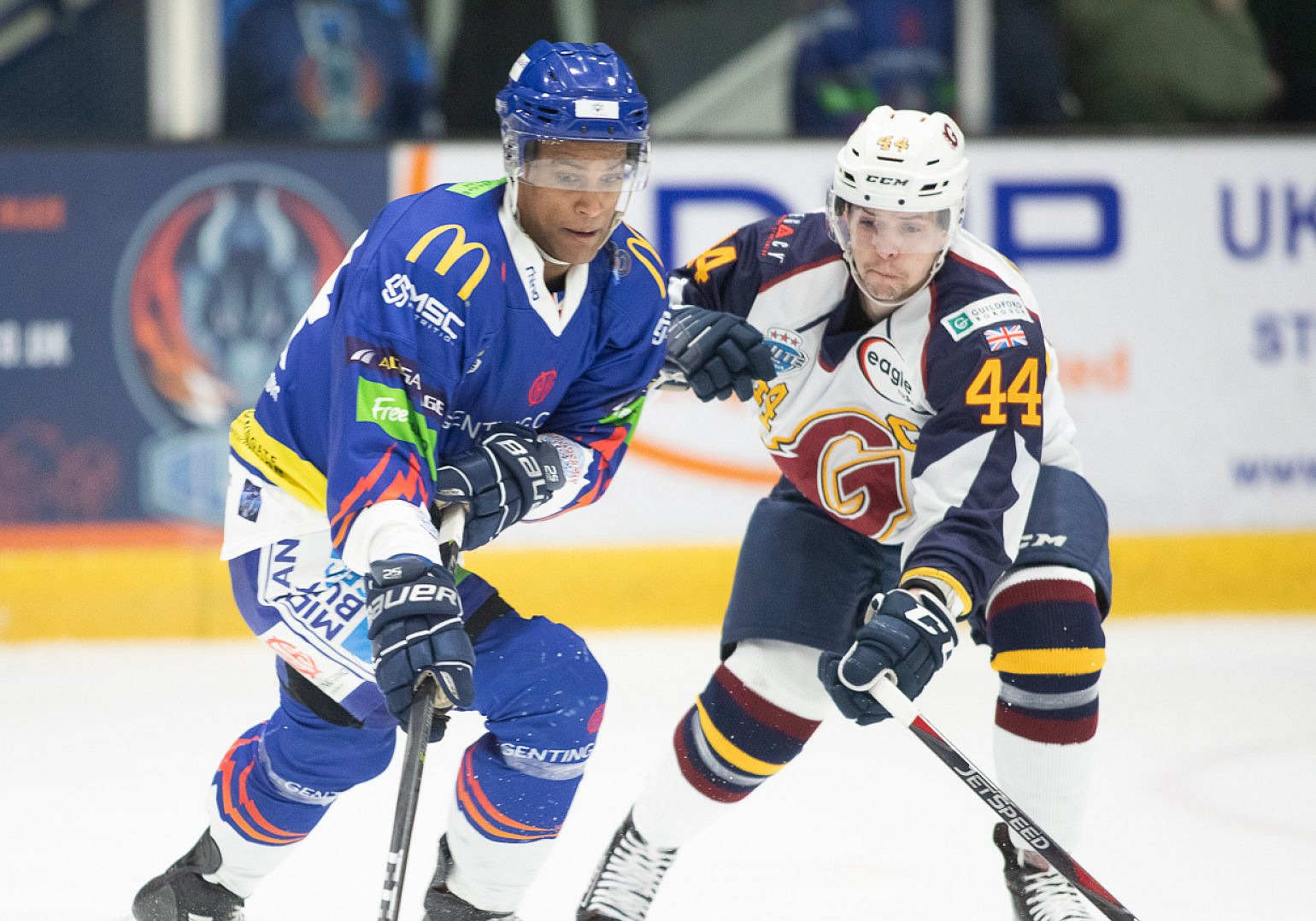 If Coventry had faced Guildford for a place in the Playoff Finals Weekend, how would it have played out?

On their form going into the final stage of the season, Coventry may well have ended up finishing higher than third, but for the purposes of this we've taken Points % as the way of determining the playoff seedings for the top six - that in itself would have been the Blaze's highest regular season finish since 2010.

This series would have been particularly interesting had it happened. In Guildford, the Flames had a 5-4 regulation win and a 2-1 shootout victory against Coventry, although the teams' final meeting of the season at the Spectrum went to the Blaze 3-2 in overtime in mid-January.

In the Skydome, the Blaze had 8-3 and 3-2 wins against the Flames with the teams due to meet once more until the season ended prematurely.

The sides also contested four Challenge Cup group games, and although all of most were played by early November and before the arrival of CJ Motte, it was a 4-0 Flames whitewash.

IF @covblazehockey had played @flamesicehockey in the Playoffs QFs, who do you think would have won? | #EIHL