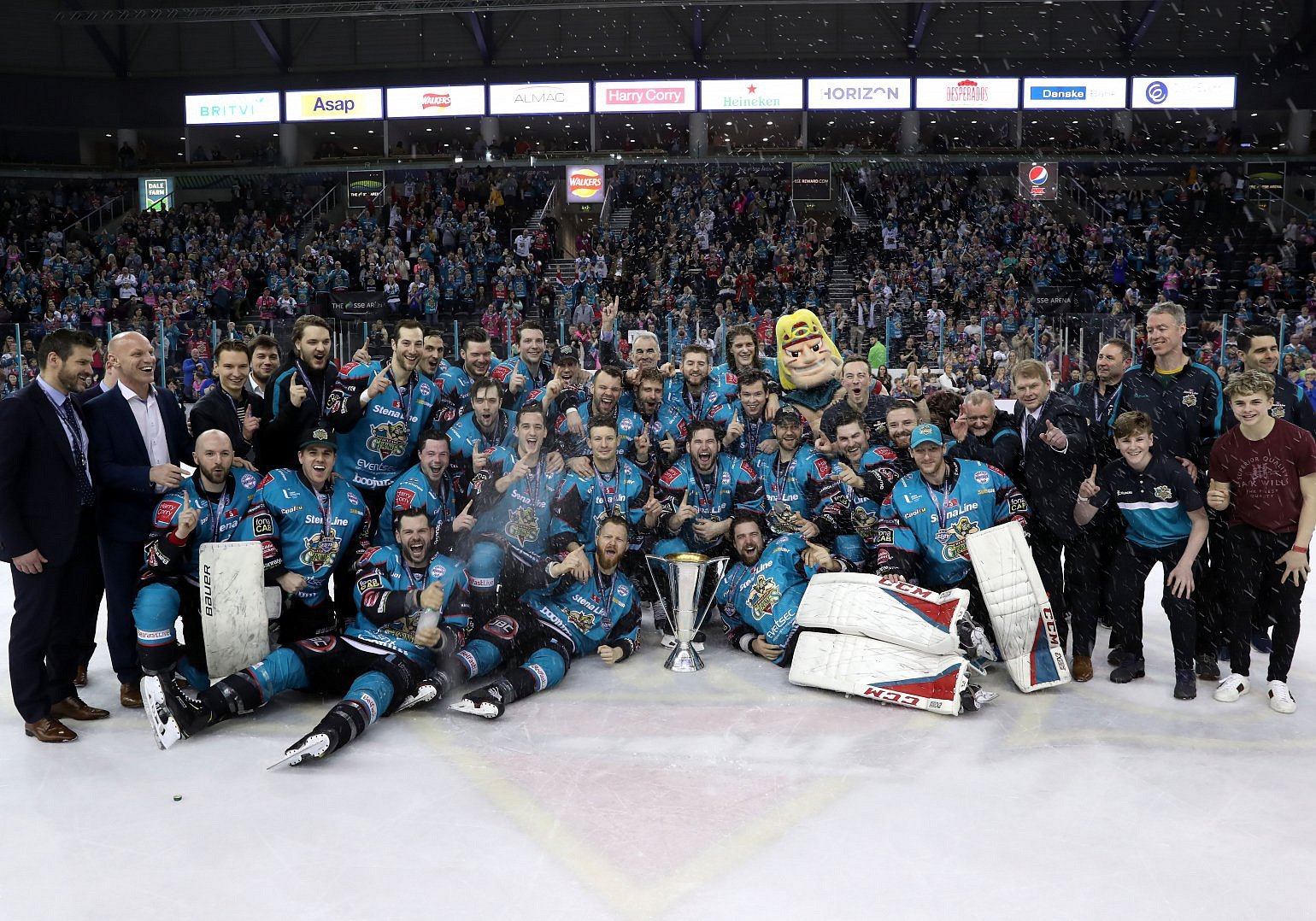 Going alphabetically, we start with the Belfast Giants where there were two runaway suggestions for their 'Best Ever Team'.

League and Conference champions, Cup winners, IIHF Continental Cup runners-up, and Playoff finalists - it was quite a year for the Giants during season 2018/19.

The league title win is perhaps the most remembered for it's dramatic, final day fashion. However, by that point the Giants had already tasted defeat on penalty shots to Arlan Kokshetau in the Continental Cup Final after overcoming Medveščak Zagreb, Ritten Sport, GKS Katowice, and HK Gomel to face the Kazakh side in a 'winner takes all' final game.

It wasn't to be in January, however it was the Giants' night in March in the Challenge Cup Final. An overtime winner from Jordan Smotherman saw Adam Keefe's team defend their title. The Playoff final was also decided by a single goal, but this time the Giants were on the losing side. They ended 2018/19 with three trophies, and two runners-up medals from five competitions.

A 79-point haul in the league from Darcy Murphy saw him lead the Giants overall, his 39 goals also a team high. Kyle Baun, Blair Riley, Patrick Dwyer and David Rutherford were all big contributors up top for this team, while Kyle Roach led the team for assists with 54. Netminding came mainly from Tyler Beskorowany who had a league-leading 92.1% save percentage. Five Giants were included in the EIHL's end of season All-Star team, three on the top line.

The Giants dominated the Elite league's regular season. Paul Adey's team won 43 out of 52 games over the league season and were crowned champions in January of 2014. They'd go on to finish the campaign with only six regulation losses. The Giants were led by the goals of Jeff Szwez and Kevin Saurette, who both scored over 30 in the league, while Dustin Whitecotton and Evan Cheverie's assists totals (45 and 44 respectively) were league highs. The team was backed by the ever-reliable Stephen Murphy in net who ended the season with a 92.15 save percentage.