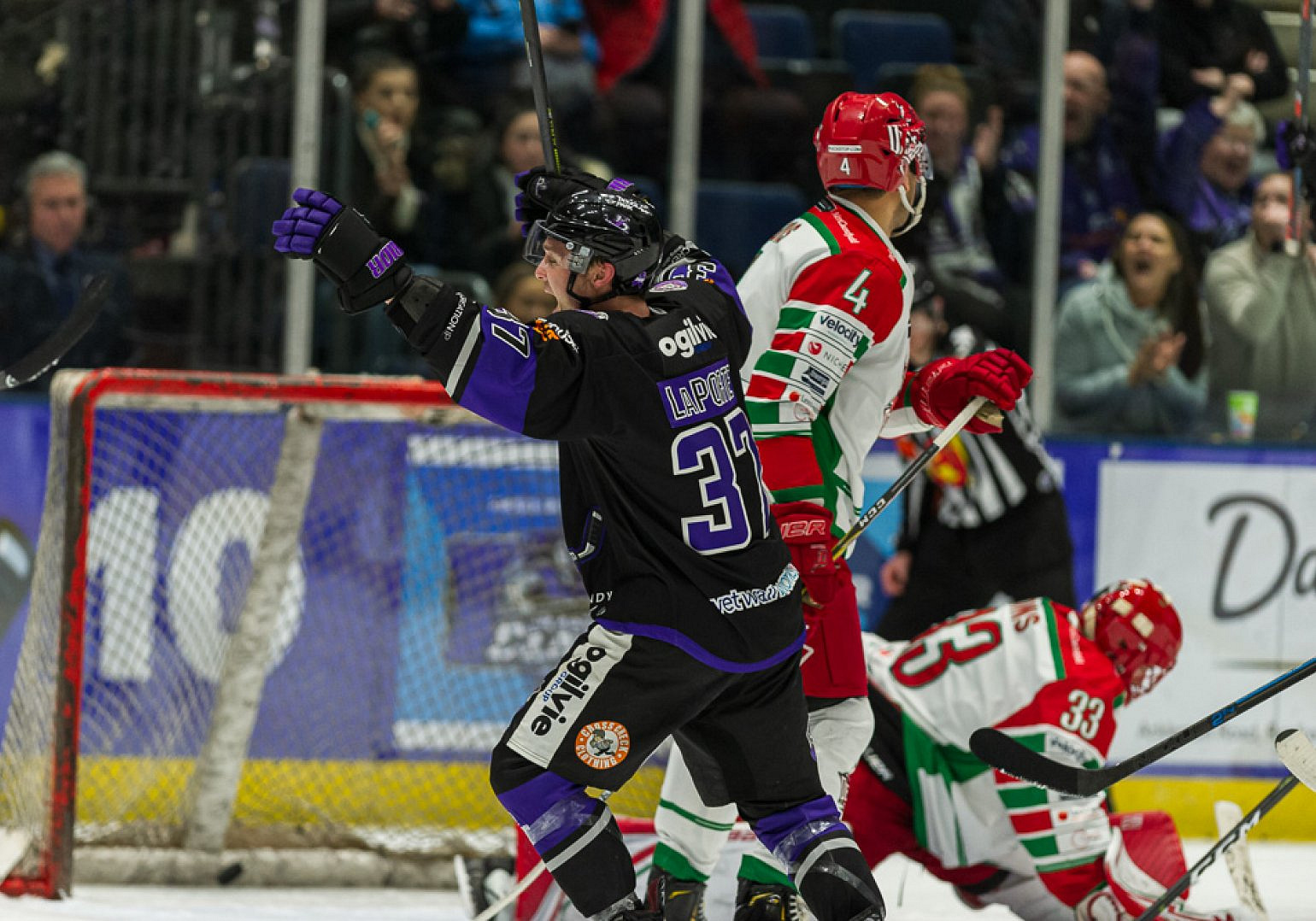 Glasgow Clan continued their good start with a 6-3 win against Cardiff in front of the television cameras, scoring three late goals after the Devils had levelled with just over nine minutes to play.

The weekend brought Dundee a road win in Belfast, putting the Giants on a three-game winless streak and extending the Stats'winning run to the same number of games. Fife snapped a two-game cold streak with a home win against the Clan, while Cardiff recovered from their midweek defeat with a three-goal win in Manchester. Sheffield got their first home win against Coventry at the third attempt!

A decent week for the Clan was completed on Sunday afternoon as they edged out Sheffield in a 13-goal thriller in the day's early start, while Belfast's week got to better as they went down in Coventry. Manchester recorded a useful road win in Guildford while Cardiff returned to home ice to shut out Fife.

Meanwhile, in Vojens (Denmark), Nottingham Panthers embarked on their IIHF Continental Cup campaign. The Panthers got off to an excellent start beating Amiens 4-2, however they suffered a disappointing defeat to Ferencváros of Hungary a day later. A 4-2 win over hosts SønderjyksE confirmed the Panthers would advance to the next round as top seeds.