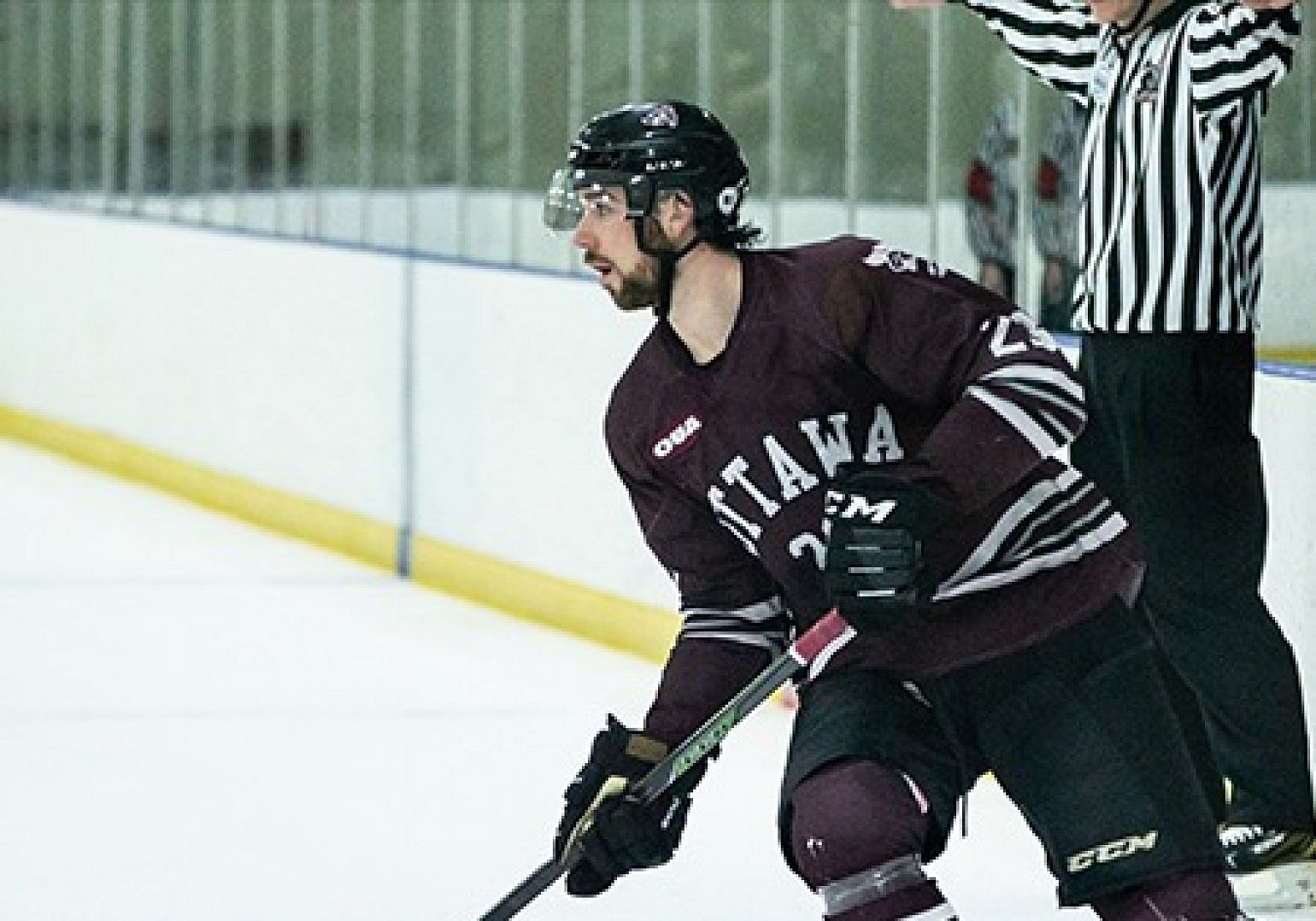 Dundee announced a new signing for next season with the arrival of Connor Sills to the Stars.

The 25-year-old forward comes to Dundee after spending four seasons with the University of Ottawa in the USports League where he played 93 games and notched 48 points. Prior to that, he played in the OHL for four seasons, three with Plymouth and the final as alternate captain with Flint, good for 42 points in 225 games.

"We are excited to have Connor join us because I think he can add that presence upfront. He is a strong forward and he showed some good numbers in this past year, so he has that offensive touch too. But it is more for his gritty size and aggressiveness, which is maybe something we have lacked in the last few years – a power forward with presence that can play anywhere in the line-up from top to bottom, right to left to center, so his versatility is something that I believe will be important!" said an excited Head Coach Omar Pacha." Early on, we identified a few things that were certainly something we wanted to get in the market this summer. We were looking for a guy that skates well, has a bit of presence and has a bit more grit to his game. I felt we were missing that in the past, that gritty guy and someone who is strong in the corners, strong in front of the net and who has an offensive touch but I believe we have now found that in Connor."

He continued: “During the past four years at the University of Ottawa, Connor has seemed to progress as a player and has exploited his offensive skills, while still playing well defensively. He is a great person and comes well-recommended from his coach at Ottawa. He was a good teammate, he seemed to be well-liked on the team and he is a guy that will just be a great presence for our team both on and off the ice."

Sills had the following to say on his move to Dundee: "I chose Dundee because it is a beautiful city, they play in a great league and Coach Omar showed lots of interest in me as a player and as a person. He was very invested in who I was as a person, as well as a player, and that goes a long way in showing me how he runs things and treats his players. He had a lot of confidence in my play, so I think Dundee will definitely be a great opportunity for myself and somewhere I can help the team win."

This will be the first time, the Canadian has played outside of North America and on making the switch across the Atlantic. "Since I was a kid I always wanted to play hockey professionally. I have been persistent and worked hard at being the best player I can be and have been lucky to play in some great leagues, with some great teammates and great coaches that have pushed me and made showing up to the rink every day so fun," added the forward. "I have always wanted to travel Europe and experience new cultures, so I think European hockey is a great fit for me. I don’t know anyone who has played in Dundee, but I do know a few players who have played in the Elite League in the past and they have had nothing but good things to say about their experiences."