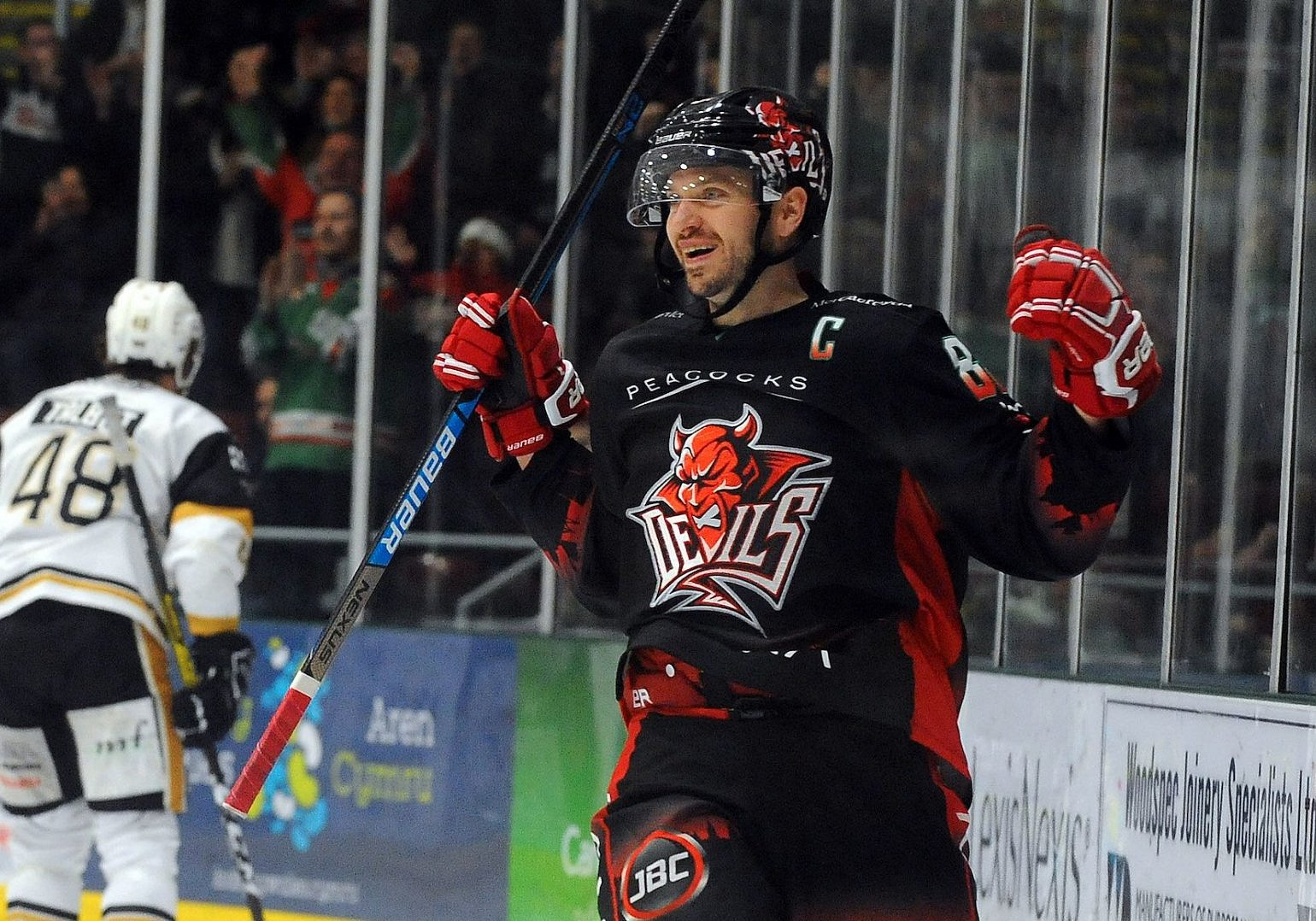 Cardiff Devils' second re-signing of the summer sees the return of captain Joey Martin for a seventh season with the team.

The Canadian forward, who missed the start of the 2019/20 season through injury, went on to score 48 points in 47 EIHL league and cup games. During his six seasons with the team, he's hit over 60 league points in four of them.

"Joey has been a huge reason why we have been able to do what we have done, over the last six seasons," said Head Coach Andrew Lord. "He has proven to be one of the top players in the league every single season, and as the league has got better and better, so has he.  His dedication and work ethic keeps him improving every year and he is a great role model on and off the ice."