Haddad first player back for Devils 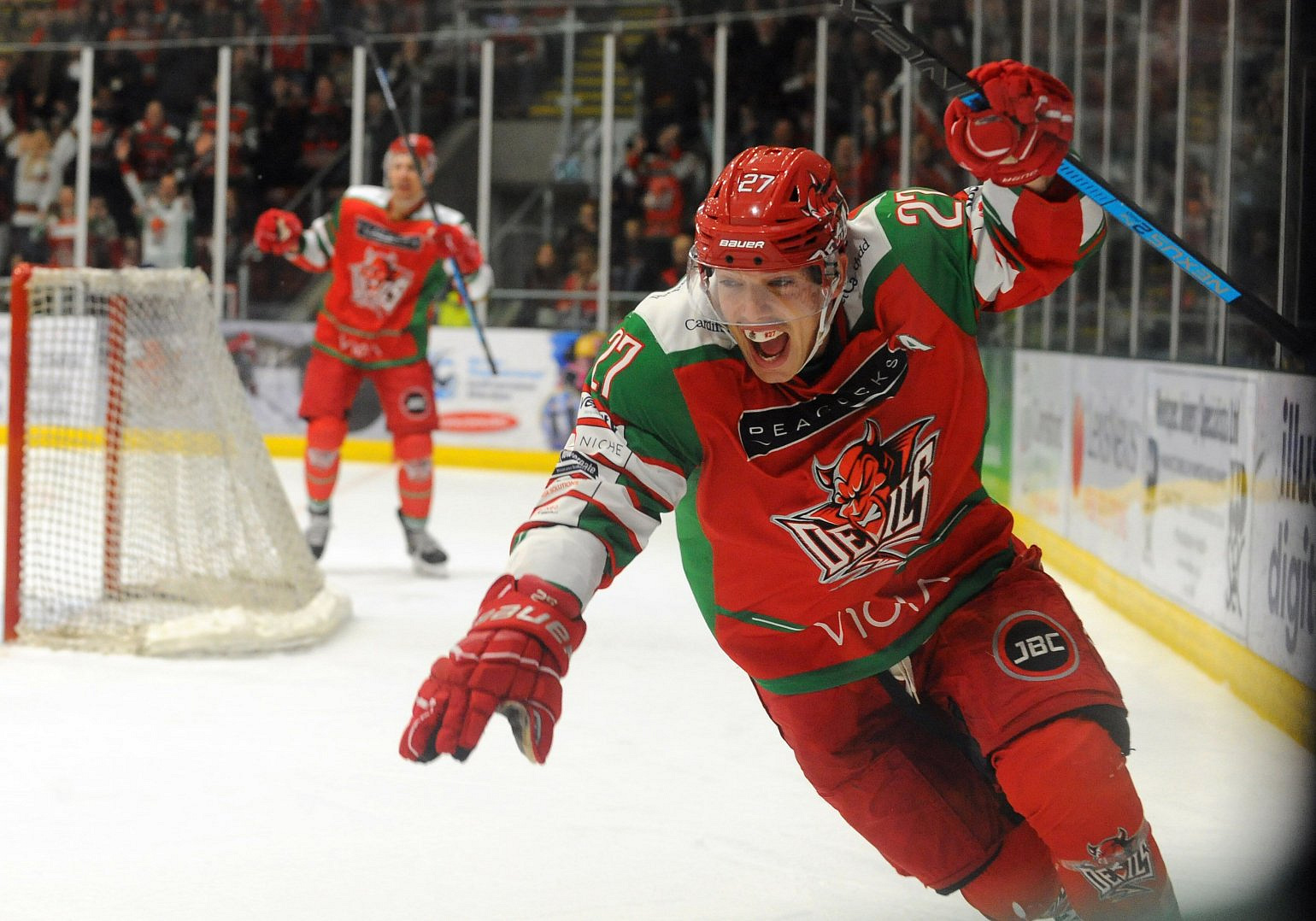 Cardiff Devils' summer recruitment has started with the re-signing of forward Joey Haddad for his seventh season in Wales.

2019/20 was Haddad's most successful year for the Devils, notching 57 points thanks to 29 goals and 28 assists in league games alone to finish the season as the EIHL's second-highest points scorer, and third-highest goal scorer. In the Challenge Cup, he put up another 11 points. The Canadian has played 371 games in all EIHL competitions and amassed 319 points over six seasons. He was also named to this year's Fan All-Star team.

Head Coach Andrew Lord described Haddad as part of the 'core' that have been key to the Devils' success and remained with the club since their ownership change in 2014.