Guildford Flames recorded their first-ever win in Belfast in part two of their doubleheader but did it the hard way after throwing away a three-goal lead late on at the SSE Arena.

Having gone down 7-3 24 hours earlier, Guildford needed only 12:20 to take the lead on Saturday night with Ben Davies’ accurate shot form the edge of the faceoff circle giving them the lead.

1:57 into period two Jamie Crooks was on hand at the top of the crease to put home Brett Ferguson's feed and double the Flames' lead. Things got better for the visitors at 27:31 when they capitalised on an offensive zone turnover from the Giants, and Ferguson again was the provider for Crooks to finish. Elgin Pearce tipped a Matt Pelech shot at 29:04 to get the Giants on the board, but Ian Watters put Guildford back three ahead just over three minutes later.

Jordan Smotherman's move from the side of the goal got the Giants back to within two at 47:05, and just over two minutes later Patrick Mullen capitalised on a loose puck to make it a one-goal game again. With Shane Owen pulled and on a powerplay the Giants' pressure eventually told as Brian Ward put home a rebound to level the game to the delight of the home crowd.

That joy was somewhat shortlived however. The Giants were guilty of over-committing during overtime and allowed Guildford to break 2-on-0, and nice passing from John Dunbar and Braylon Shmyr saw the former slot home from the latter's pinpoint pass. 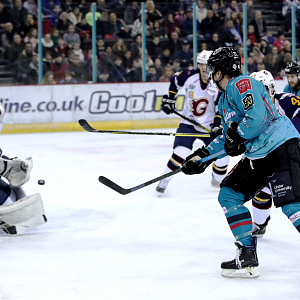 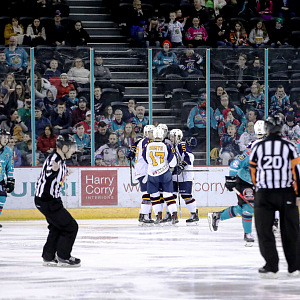 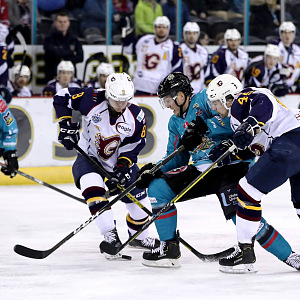 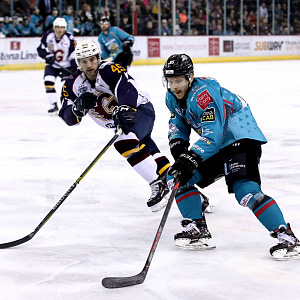 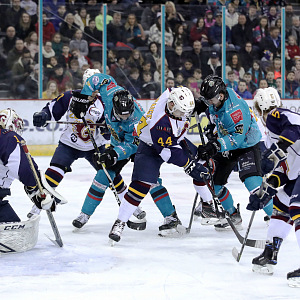 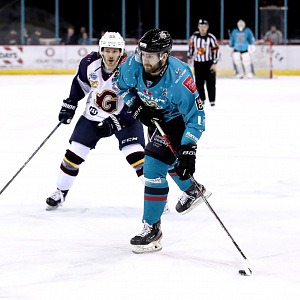 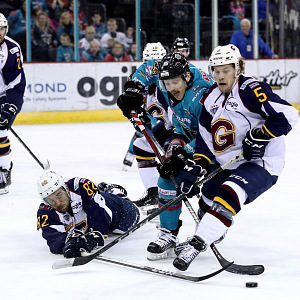 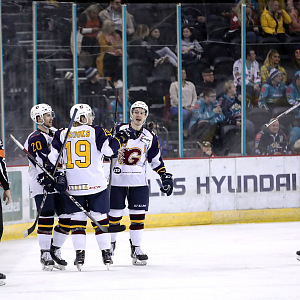