A man of the match display from Jamie Crooks helped earn Guildford a 6-3 win over Cardiff Devils with the Flames' forward scoring five of his team's goals!

Crooks opened the scoring at 4:58 to put the Flames ahead, and then make it two at 13:29. He completed his hattrick at 17:53 of the first period as the Flames took a well-earned lead into the break.

Cardiff, who came from 3-1 down to beat Coventry in a shootout 23 hours earlier, responded immediately in the middle period. Blair Riley got them on the board only 99 seconds in before Joey Martin made it a one-goal game at 25:08.

The crucial next goal however went to the Flames 3:20 into the third period thanks to TJ Foster, but Evan Mosey pulled a goal back for the Devils three minutes later in only the second game since his return from injury. Crooks' effort at 55:41 on the powerplay gave the hosts some breathing space again, before the man of the moment found the empty net with 90 seconds to play to ensure Guildford would earn a four-point weekend.

Cardiff's defeat keeps them three points behind Sheffield at the top. 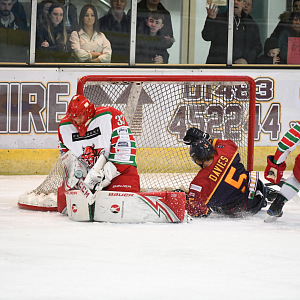 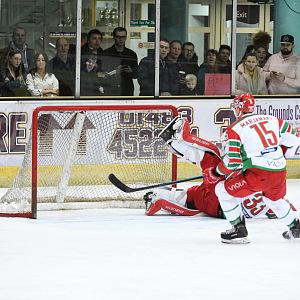 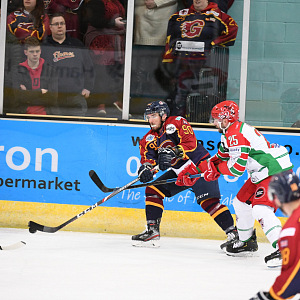 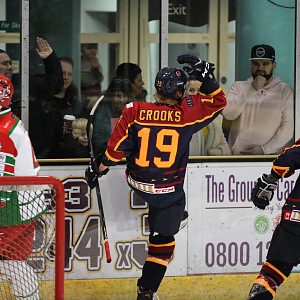 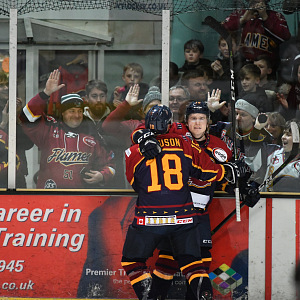