Basement aside Fife Flyers stunned league leaders Sheffield Steelers with a first period that got them three goals and ultimately secured two important points in the playoff push.

The Flyers had an explosive start on home ice and took the lead with 3:33 gone thanks to Chase Schaber firing home from the slot. Only 25 seconds later Carlo Finucci scored from close range to double the Flyers' lead, and then with 15:14 on the clock Finucci wristed home from the point to put the hosts three ahead.

No goals followed in the middle period but as Sheffield pressed in the third their efforts were eventually rewarded by Lucas Sandström scoring with 6:18 to go. Aaron Fox pulled Tomáš Duba will well over two minutes remaining but the Steelers were unable to find a further way back into the game and ended without a point for the fourth game in a row. 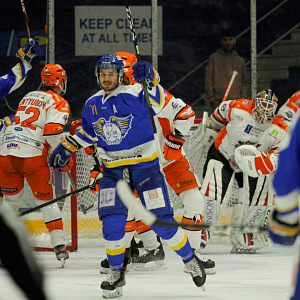 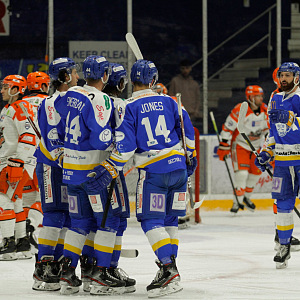 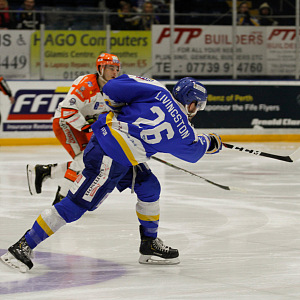 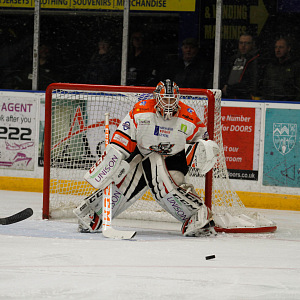 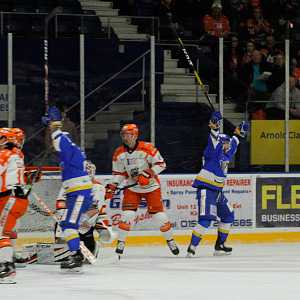 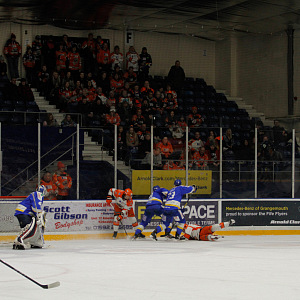 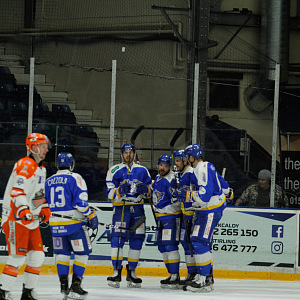 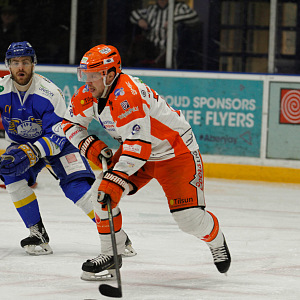 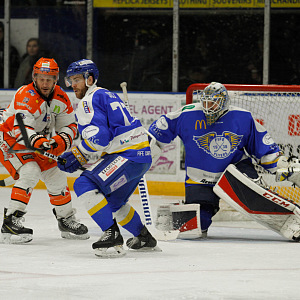 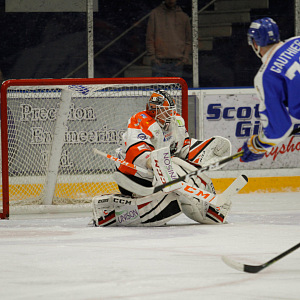 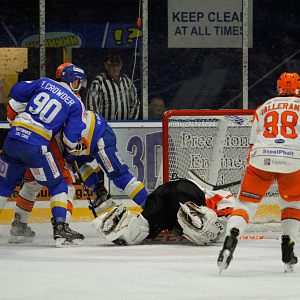