Cardiff Devils came from two goals down to eventually beat Coventry Blaze in a shootout, and close the gap on Sheffield at the top down to three points.

It was a game of special teams especially in the first period as the Blaze led by one after 20 minutes. Cardiff went ahead with 5:15 played thanks to Gleason Fournier’s shot deflecting in front off Justin Haché on the powerplay, but the Blaze levelled on a man advantage of their own not two minutes later when Evan Bloodoff was quickest to react to a rebound. Haché put the Blaze back in front with a slapshot from the point on the powerplay at 18:15 to complete the opening period’s scoring.

The first even-strength goal of the game came at 27:48 through Matt Pohlkamp, but Cardiff were back in things thanks to a Joey Haddad powerplay slapshot with 3:41 left in the period. The Devils had a goal washed out before captain Joey Martin tied things up with 4:31 to play. Overtime was a frantic, end to end affair but neither side could find a winner.

In the shootout. only Sean McMonagle and Charles Corcoran could score through five rounds and so it went to sudden death. McMonagle was sent up for three more goes and eventually scored on the last while Janne Laakkonen overskated the puck in the offensive zone to hand Cardiff the extra point. 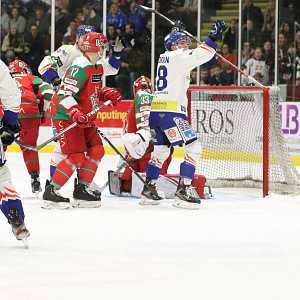 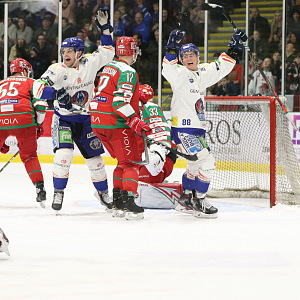 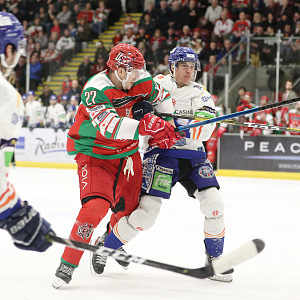 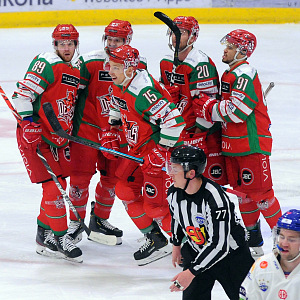 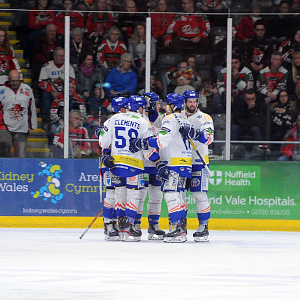 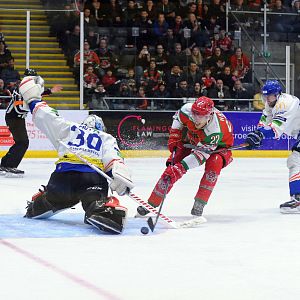