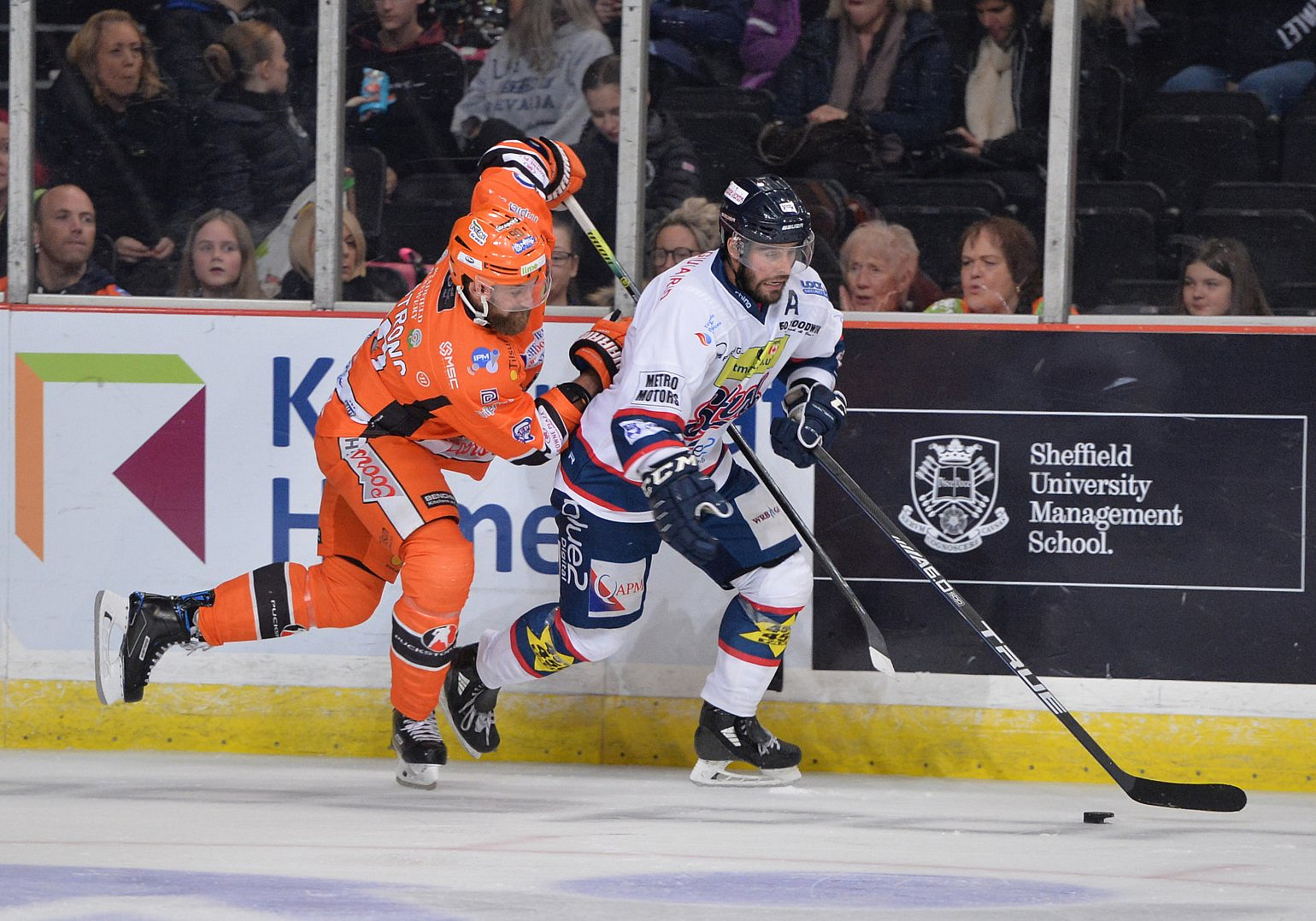 After a week off for international games, it's back to weekend action in the Elite League!

Belfast play their first game since the Olympic break entertaining a Manchester side that played through last weekend and also took an overtime win midweek as well.

Seven points off top spot and with only two games in hand, Belfast have very little room for error in their remaining 14 games if they are to stand any chance of defending their league title. The men in teal had won three straight games before being blanked on home ice by Cardiff in their last league action, but they are the league’s second-best home team with 25 points from 19 games at the SSE Arena this season.

Manchester’s Wednesday night win means they Storm have now won two on the bounce, and both were courtesy of shootouts. Those results have helped the team open up a three-point cushion above the playoff places with both themselves and Dundee only with 12 games to play. 14 points from 20 road games will need to be improved if they’re to make sure of appearing in the postseason, but the form of Frankie Melton has come at a great time for the Storm.

Two sides inside the league’s top five clash at the Viola Arena this evening.

Cardiff have four games in hand on leaders Sheffield and trail by five points, but with only 16 games left to play the pressure is on the Welsh side to keep picking up points if they want to make use of those games in hand. The Devils were three from five before the international break.

The last time Coventry went into Cardiff they left with an emphatic 5-0 win over New Year. With three wins on the spin and four from their last five, the Blaze are the league’s form team, and over the last 10 games have picked up a league-best of 16 points.

Seventh plays sixth at intu Braehead tonight with the Clan hosting the Flames.

Glasgow’s run of form and slide down the table has been halted with two wins from their last three games and a point in that one loss to Dundee. Five points there helped keep them in the playoff places, although the gap down to the Stars is only three points. The Clan have however played two games less than the sides chasing them.

Six points further ahead are Guildford, who have played a game fewer than their opponents tonight. Two straight losses have made finishing in the top five a little harder for Guildford, although they do have 15 games until the end of the season to do something about it. What’s worrying for the Flames is that they’ve only picked up 13 points from the last 30 available – the third-worst record in the league.

Sheffield could be the first team to book their place in the playoffs this season if they can beat Dundee tonight.

The Steelers need a win in any form to get on to 59 points which would see them unable to finish any lower than eighth overall – although the league leaders have securing a championship on their minds as they go into their final 14 games. The Steelers are looking to break a two-game losing streak as they ended the final weekend before the Olympic break without a point, 31 points out of the last 40, however, makes them the league’s best team over the past 20 games.

Dundee are a top-six side over the last 15 games with 16 points from 30 but find themselves back to three points behind the playoff places following Manchester’s midweek win. The Stars only play one game this weekend as they look to make it two wins on the spin after Sunday’s home victory against Guildford.