Nottingham Panthers ended a run of three straight losses and got over their midweek Challenge Cup exit in the best possible way with a four-goal win away to rivals Sheffield Steelers - a result that also ended the Steelers' seven-game unbeaten streak.

The Panthers’ powerplay was clicking in this game and gave the visitors a three-goal lead through 40 minutes at the FlyDSA Arena. Julian Talbot’s smart finish 5:46 into the game put Nottingham a goal up after the first period.

Mark Matheson’s block fell kindly to Tanner Eberle who doesn’t miss from the slot too often as Sheffield tied the game at 21:54. Three minutes later however the Panthers were back ahead with Sam Herr poking home a rebound from close range after Jake Hansen patiently waited and faked a shot before shooting on Tomáš Duba. With 28:40 on the clock, the Panthers made the most of a turnover in the offensive zone allowing Julian Talbot to set up Dylan Malmquist with only 28:40 played. Things got worse for the league leaders when Brett Perlini cracked a shot into the top corner at 34:18.

The Panthers’ clinical finishing saw them go 5-1 up 1:38 into period three with Sam Herr setting up Jake Hansen to score 2-on-1 as the game was effectively ended. Sheffield had some late chances to pull a goal back but it wasn't to be their night with either the ironwork or Kevin Carr there to deny them.

Sheffield's night was only improved slightly by the news that Cardiff had lost in Belfast, meaning that the Steelers stay seven points clear at the top. 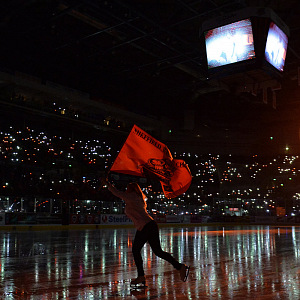 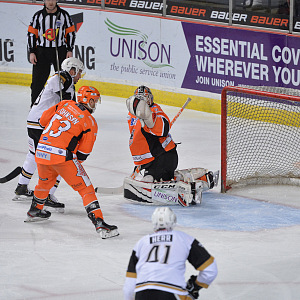 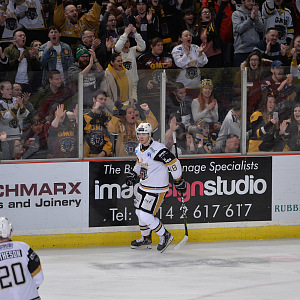 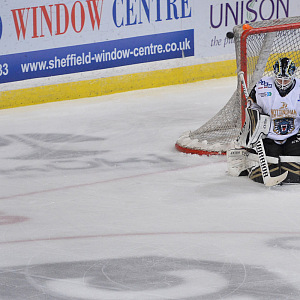 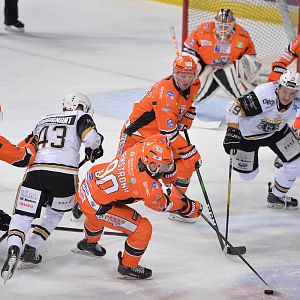 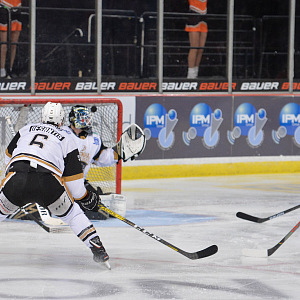 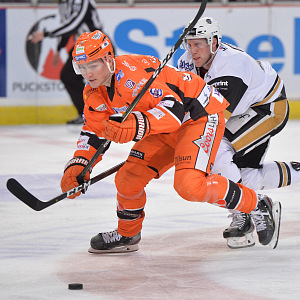