Sheffield Steelers begin a season with a new Head Coach behind their bench for the first time since 2015/16. American Aaron Fox is that new man, and coming to Yorkshire after five and a half seasons with Medveščak Zagreb during their time in both the KHL and EBEL. 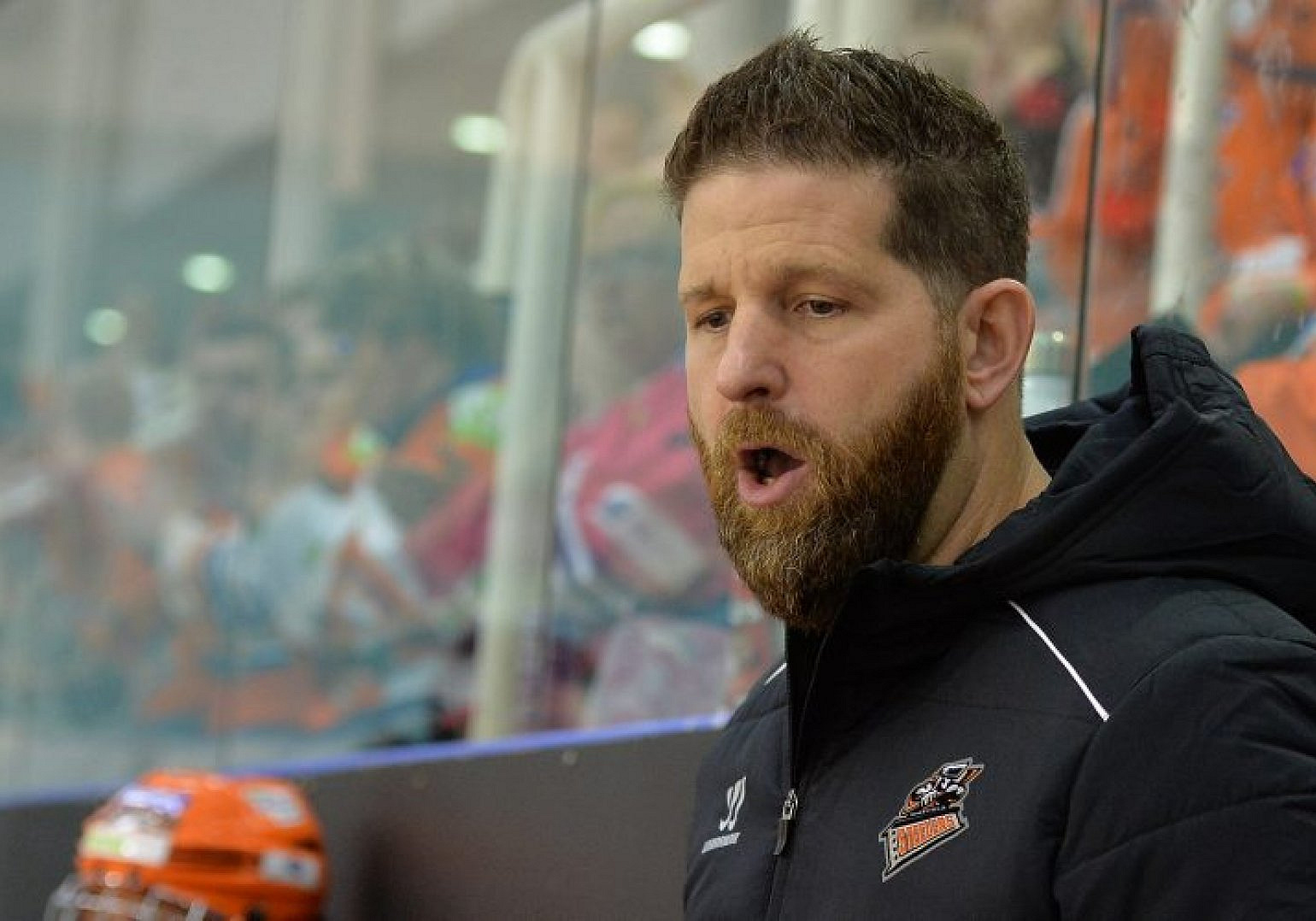 We started by asking him how much Elite League hockey he saw, after accepting the Steelers job sometime in February.

“I watched a lot after I knew I’d got the job and had accepted the role. Every weekend I saw 3 or 4 games and had access to the Video Hub so I could go and check out things whenever I wanted. I also knew a bit about the league anyway, and you can begin to tell which sort of players have success and which don’t. I knew John Armstrong from Zagreb last season and picked his brain a bit as well,” began Fox, who was announced as the new Steelers Head Coach shortly after the Playoff finals.”For the types of players I was looking for, I wasn’t so selective – it was more about me finding guys that I felt were of good character, high-end skilled, and within our price range. You’re trying to find value for money in this environment, sometimes you need to be patient about that, so I played the long game and checked in with the guys that I liked every few weeks to see how their situations were. Obviously, I missed out on a few along the way, you can’t get everyone you want, but I think we have a good group here now.”

Fox saw his Steelers team in action for the first time against HK Poprad, winning both games. (Photo: Dean Woolley)

Fox has signed several players that he’s had before, is this a case of knowing how they’d fit in to Elite League hockey?”You never really know until you’re here and playing regular season games what the environment is actually like,” he admitted.”For me, from the outside looking in, it was hard to evaluate what was here on the roster already because sometimes the system being played affects players in different ways. The ownership gave me a green light to pretty much go out and make this dressing room my own.”

“I think we have a really high-skilled team. I want to be a team that makes plays and plays in the offensive zone as much as possible – quick transition, doesn’t let the opposition set up. To do that however you need personnel to do that and make good decisions. I don’t want to play a robotic system where you’re forcing players to make certain plays, there’s no point bringing in skilled players and then not letting them play like top-end players. I’m giving them a lot of options to make good decisions, if they can’t make them then we might have to look at how we play, but so far I’m happy with what I’m seeing.”

Other coaches and players have often said it takes some time to adjust to the EIHL, but what are the differences?”It’s hard to say what’s different in all honesty, probably the biggest difference is some of the depth on some teams. It’s trying to find that happy medium with trying to play the type of game that I want,” said the 43-year-old.”It was important to me to try to bring in guys that have families and that you know are committed veterans who have played in elite leagues in Europe – personally, I prefer that to the younger guys who sometimes might not be here for the right reasons and have the ‘extra-curricular’ things going on. It’s a good group here, a veteran group, a lot of guys who are real ‘pros’. Sunday morning we didn’t require the players in, but most of them were here rolling out, getting massages and looking after their bodies. It’s little things like that which when you’re playing a 70+ game season make a difference.”

The Steelers underachieved last season by their own standards, finishing seventh and going out in the first round of the playoffs. Expectations are always high at the Yorkshire club, but is the aim to be winning all three trophies this season?”I mean if you’re asking me if that’s my expectation, I’d say it’s a little bit far-fetched. There are some really good hockey teams in this league, the likes of Cardiff and Belfast and then there’s been a pretty big gap last season between the other clubs. I’m sure however if you ask my owners, and our fans, that’s what we’d be aiming for!” said Fox with a smile.”But for me if we’re in with the chance of winning titles towards the end of the season then we’ve closed the gap and done our job. You need a lot of things to go your way – to stay injury free, have really good goaltending all year long, and to have depth. If we can find a way to manage those three things then absolutely, I think we’ll be there at the end on that path, but when you have a playoff that’s a one-game Semi-Final and Final, and the Cup, anything can happen. The regular season is the one we’re hoping to be right there with come March, and the other two are ones we want to give ourselves the best chance of doing well in.”

Finishing the look ahead to the new season, despite being a newcomer to the league Fox is under no illusions about how important it is to get off to a good start. He concluded:”It’s one of those leagues where you have to be ready to go Game 1 if you want to win the league. In the past I’ve tended to build my teams with one or two open spots early to add here and there when you know what you have, but here you need to be ready to go because while you can’t win this league in August and September you sure can lose it.”