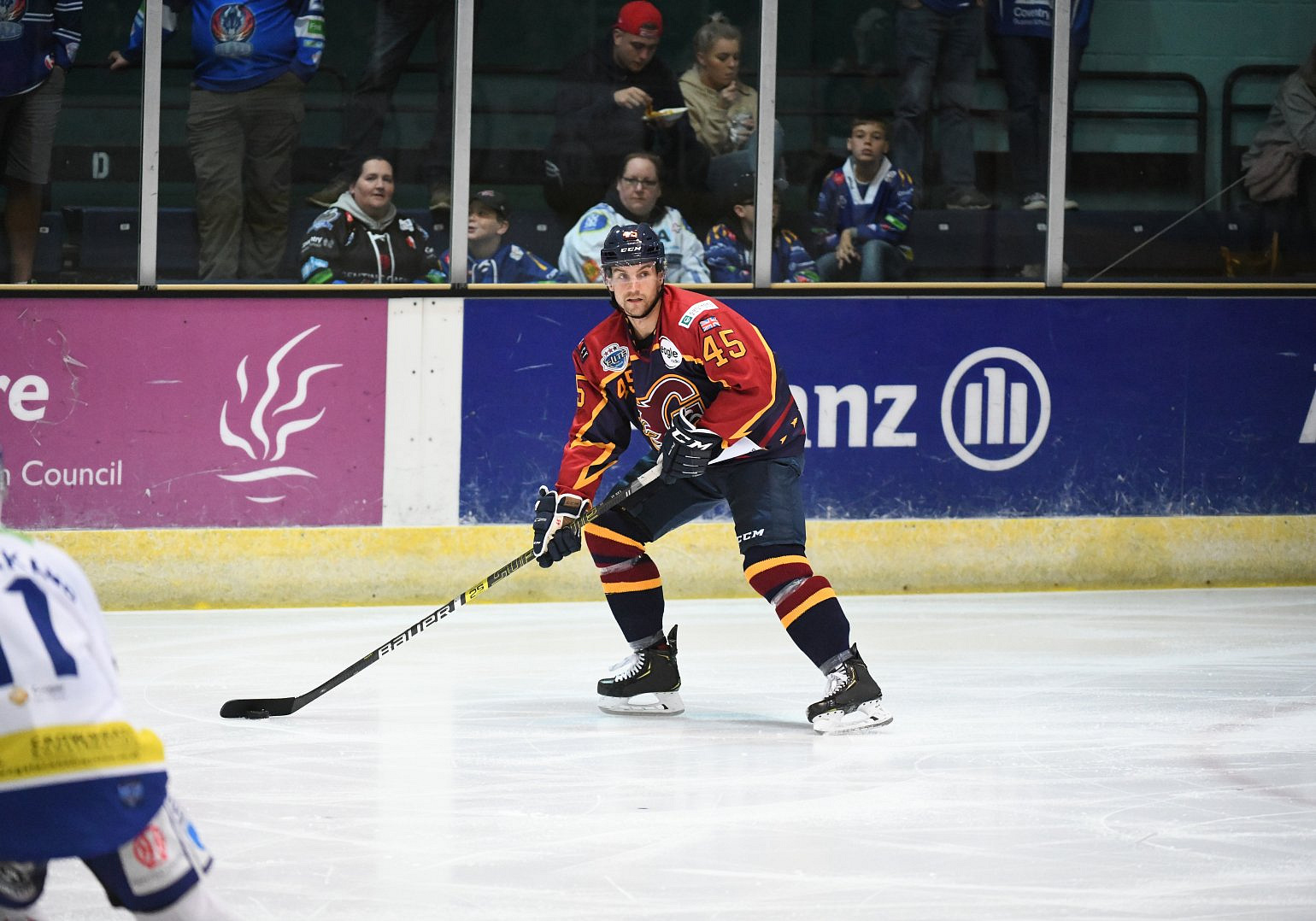 It’s the season opener for Guildford who, after two warm-up matches welcome Nottingham to the Spectrum. The Flames had an away win and home loss against Coventry in their only pre-season games, while the Panthers responded to their defeat in Sheffield a week ago by beating the Steelers the following day.The game will be the first in a Flames’ shirt for Steve Lee, who faces the side he left in the summer after a decade with the team.

"Panthers are a deep and talented side as always. It is a tough ask against them and will be again on Saturday night It’s obviously very early in the season so the main thing we want is just a solid intense effort that we can go away and build on, and hopefully we will be able to find a way to generate some offence and bank some early table points." – Paul Dixon (Head Coach, Guildford Flames)

"Guildford are a dangerous team and we’ve got to stay out of the box, I think that’s key. They’re a quick team so we’ve got to play to our strengths. That’s what we’ve been focussing on and if we do that, we’ll have success against them." – Jon Rheault (Forward, Nottingham Panthers)

Dundee Stars were perhaps the surprise package of the opening weekend as they scored 13 goals in two wins over Glasgow Clan. They now face a trip south of the border to start their league campaign, hoping to avoid the poor start last year that ultimately cost them a playoff place.

Manchester played two pre-season games again Heilbronn from the DEL2, losing both, and were defeated in a pair of games by Coventry as well. On their own ice last season however, they were one of the league's best teams.

"Our guys are excited to get into the regular season. Dundee had a good start, but we're excited to start a brand new season in front of our great crowd. Any time you have this many new players you'll have some growing pains, but the pre-season was about our guys getting into 'game mode' and they know what's expected of them." - Ryan Finnerty (Head Coach, Manchester Storm)

"Morale is really high in the dressing room just now and in the first couple of weeks we have gelled incredibly well. We know it's going to be a gritty game in Manchester, we just have to stick to our system and limit their chances on the smaller ice pad. We also need to use our speed to our advantage and continue to get pucks deep." - Kris Inglis (Forward, Dundee Stars)

Sheffield had an indifferent opening weekend of the season, thumping Nottingham 8-4 at home before losing 5-1 the following night. Now Aaron Fox's men return to the FlyDSA Arena to meet Coventry Blaze. Danny Stewart's team come in off the back of a road pre-season win in Guildford, and two over Manchester, and open their new season campaign tonight.

Tonight is the first of a double-header between the sides this weekend.

"We are expecting a tough weekend, we won’t underestimate Coventry one little bit but have great confidence. It’s a blow losing Michael Davies for the weekend with the suspension, but we have belief in our squad and then depth we have here. Hopefully Aaron Brocklehurst will return to the line up as well. I think the two games will be similar, two teams putting everything they have on the line and looking to get off to a great start in the league campaign." - Robert Dowd (Forward, Sheffield Steelers)

"Sheffield are loaded with talent. We have done our scouting and they have three lines that could probably be a top line on any other team, but we are confident with the way we are playing. We have been playing some good hockey and have finished pre-season with two wins in two very tough rinks, Guildford and Manchester, and there’s no reason that we can’t play with anybody." - Danny Stewart (Head Coach, Coventry Blaze)