An incident occurred in Dundee on Saturday 7 December, involving Fife Flyers #78 Danick Gauthier on Dundee Stars #27 -Shawn Boutin, for which no penalty was assessed by the Referee.

The incident was reviewed by the EIHL Department of Player Safety which determined supplementary discipline is required under Category 2 – ‘Reckless’ – a deliberate and/or dangerous action with no concern for the result, with a conscious action to provoke, through intent and a willful purpose.  Injury is not the determining factor, but can be considered as influential means to the decision.

As the video shows, with the puck being played around the side boards, defenseman Shawn Boutin plays the puck in the Fife attacking zone. In having to use his skate to stop and propel the skate ahead, Boutin’s focus is on the puck. Immediately after propelling the puck, Boutin is checked by forward Danick Gauthier. The body check Gauthier delivered is deemed charging.

As is shown in the video, Gauthier has no regard for the puck. Instead; in the process immediately before making contact Gauthier raises both hands and his stick above his shoulders. A proper body check is done with regard for the puck, the arms tucked and the stick low. Furthermore, Gauthier has the possibility to make a legal body check with the use of his shoulder. Gauthier did not and chose to do a rotating motion, turning almost 180* to make the check.

The check was delivered with force in a reckless and endangering manner with his back being the main contact delivery point.  Although this protects Gauthier, it provides no adequate means for Boutin to protect or defend himself.

In addition, and the reason supplementary discipline was due, is the elevation with which Gauthier delivered the check. It was taken into consideration the check initially began with the skates on the ice. However, elevation was already started, body rotation was in motion and the result meant the skates coming high off the ice, the stick and upper body rotating in a reckless manner and the head of Boutin being propelled and/or squeezed into the glass area.

Gauthier must skate to have regard for the puck, avoid elevation and make a check through the use of his shoulder, not his back. It is not felt Gauthier was targeting Boutin’s head, but the result of these types of reckless and endangering checks is head contact, in this case causing an apparent injury. 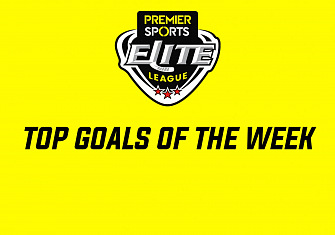