Flyers vs. Flames ends in another road win!

Four games and it's now four road wins between Fife and Guildford this season after the Flames struck late to win on Sunday night in Kirkcaldy.

Mike Cazzola score the game's opening goal at 17:58, but 15 seconds into period two the Flames were level through John Dunbar.

This started an excellent seven or so minute spell for the visitors who went ahead through Jamie Crooks at 21:55 and then extended the lead to 3-1 thanks to Owen Griffiths at 27:23.

Cazzola hit back for the Flyers 23 seconds later, and before the period was over the hosts had drawn level- Chase Schaber with the tying goal at 35:12. However, the Flames were not to be denied a four-point weekend and after some loose play Ian Watters slotted home from close range with 8:30 to play.

Wouter Peeters made 42 saves on the night for the Flames. 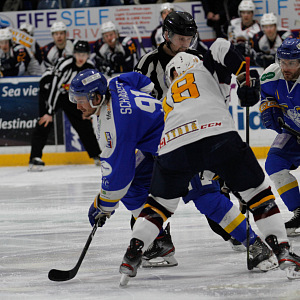 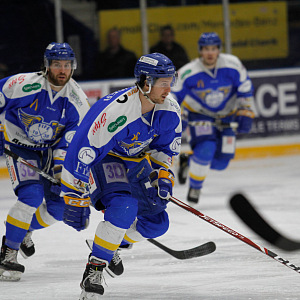 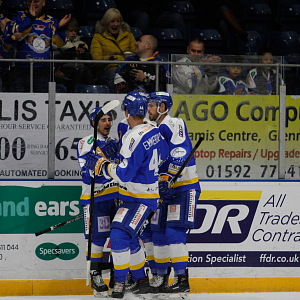 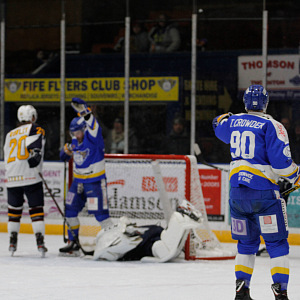 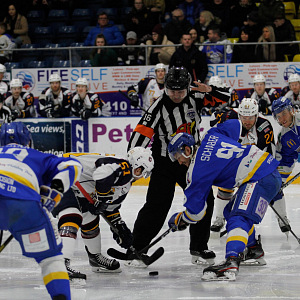 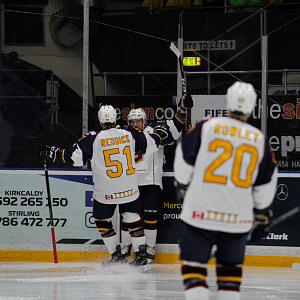 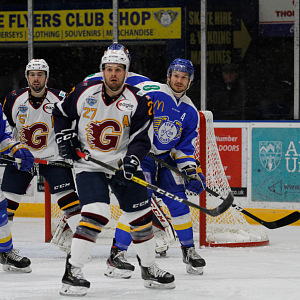 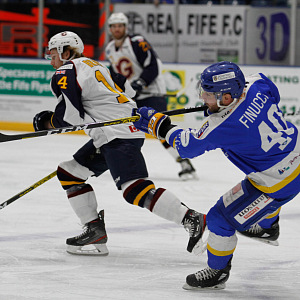 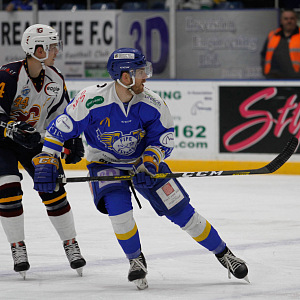