A nine-goal thriller in Guildford saw the Flames win at home for the first time in three attempts.

In the end the Flames owed their win to an excellent opening period against Coventry who found themselves three down in Guildford after 20 minutes. Ben Davies opened the scoring after only 96 seconds, with Ian Watters doubling the lead at 6:20. While Luke Ferrara pulled a goal back at 8:17, Jamie Crooks and TJ Foster struck at 10:07 and 19:18 respectively to make it 4-1. Interestingly, all of the goals bar Foster's in that period were scored on the powerplay.

Coventry pulled the game back to 4-2 4:48 into the second thanks to Andrew Johnston, but Jordan Rowley re-established the three-goal advantage at 30:41. Ferrara got his second of the game at 26:09 to keep the visitors in the game, and with 8:32 to go John Curran made it a one-goal game. That was, however, the last of the scoring as the Flames held on for an important two points. 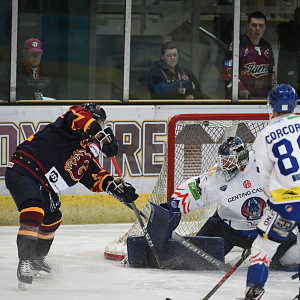 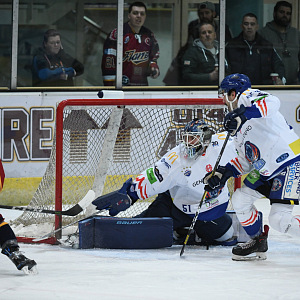 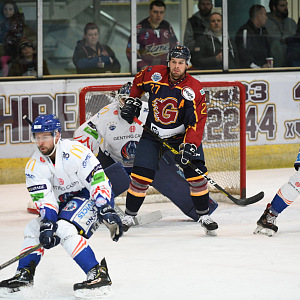 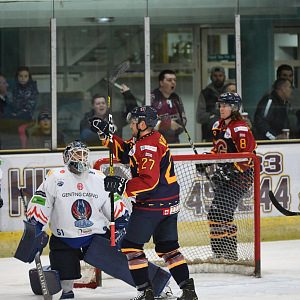 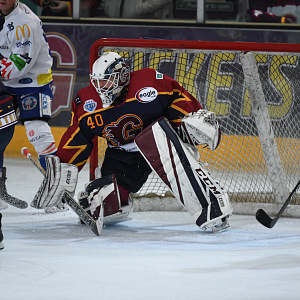 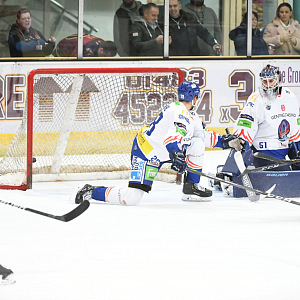 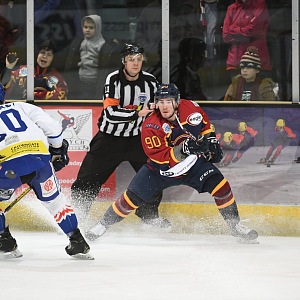