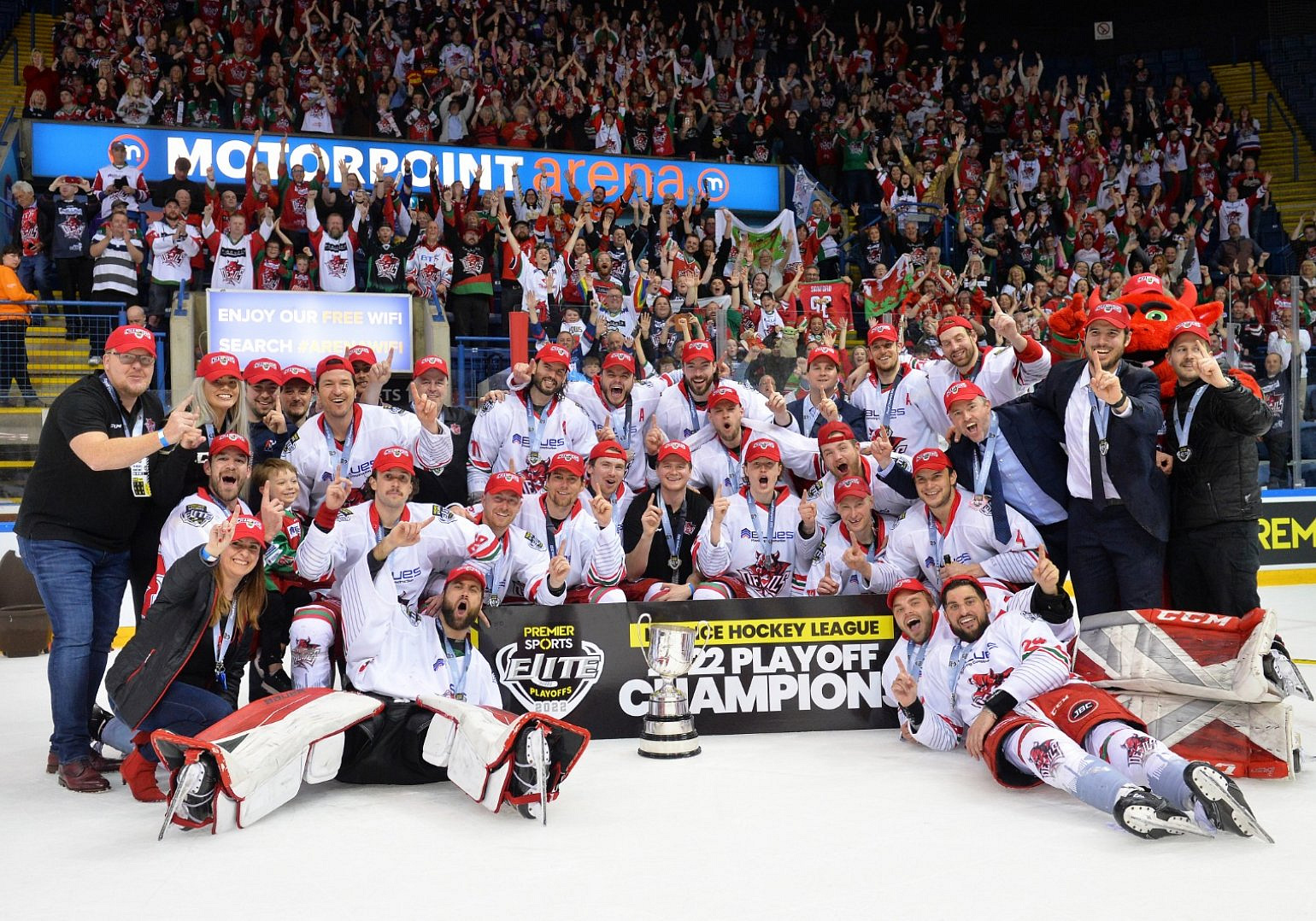 It was a repeat of the 2022 Premier Sports Challenge Cup Final Sunday afternoon at the Motorpoint Arena as the grand slam searching Belfast Giants faced the Cardiff Devils, eyeing up their third Playoff crown in a row.

The Devils would strike first and early, Cole Sanford continuing his Semi-Final scoring form by slotting home a cross-ice feed. Cardiff would double their lead on the powerplay before the midway point of the first period, Sanford turning provider to find Jake Coughler to finish at the back door over a sprawling Beskoworany.

Soon after Belfast took advantage of their own powerplay, leading British scorer Scott Conway unleashing a lightning slap shot from the top of the right circle, leaving Mac Carruth with no time to react.

Carruth would come up big for the Devils on multiple occasions through the closing stages of the period as the Giants looked to gain control of the game, keeping the Devils ahead by one in the first intermission.

The Giants capitalised on the powerplay yet again after Soy found Ben Lake free in the slot with an intricate spinning backhanded pass for the Giants’ forward to slot home the game-tying goal.

After sustained periods of Giants’ pressure, it was be the Devils who would regain the lead in the final minute of the second, Trevor Cox locating Stephen Dixon in the slot whose quick shot squeezed towards net through a scrambling Giants’ defense.

The special team scoring continued early in the third period, the Devils extending their lead on the powerplay after the Giants were caught with too many men on the ice. Brody Reid found himself with an open net to fire into after Josh Waller’s slap pass split the Belfast penalty kill.

Belfast would not let Cardiff breathe easy with an answering goal provided by the instinctive shot of Tyler Soy to bring the teal army within reach with 11 minutes left in the final frame of regulation. However, that would be as close as the Giants would get to a comeback as the clock ran down the Devils' defense remained resolute earning two empty-net goals within the final two minutes of the match to secure a third playoff victory in a row for the Welsh side.