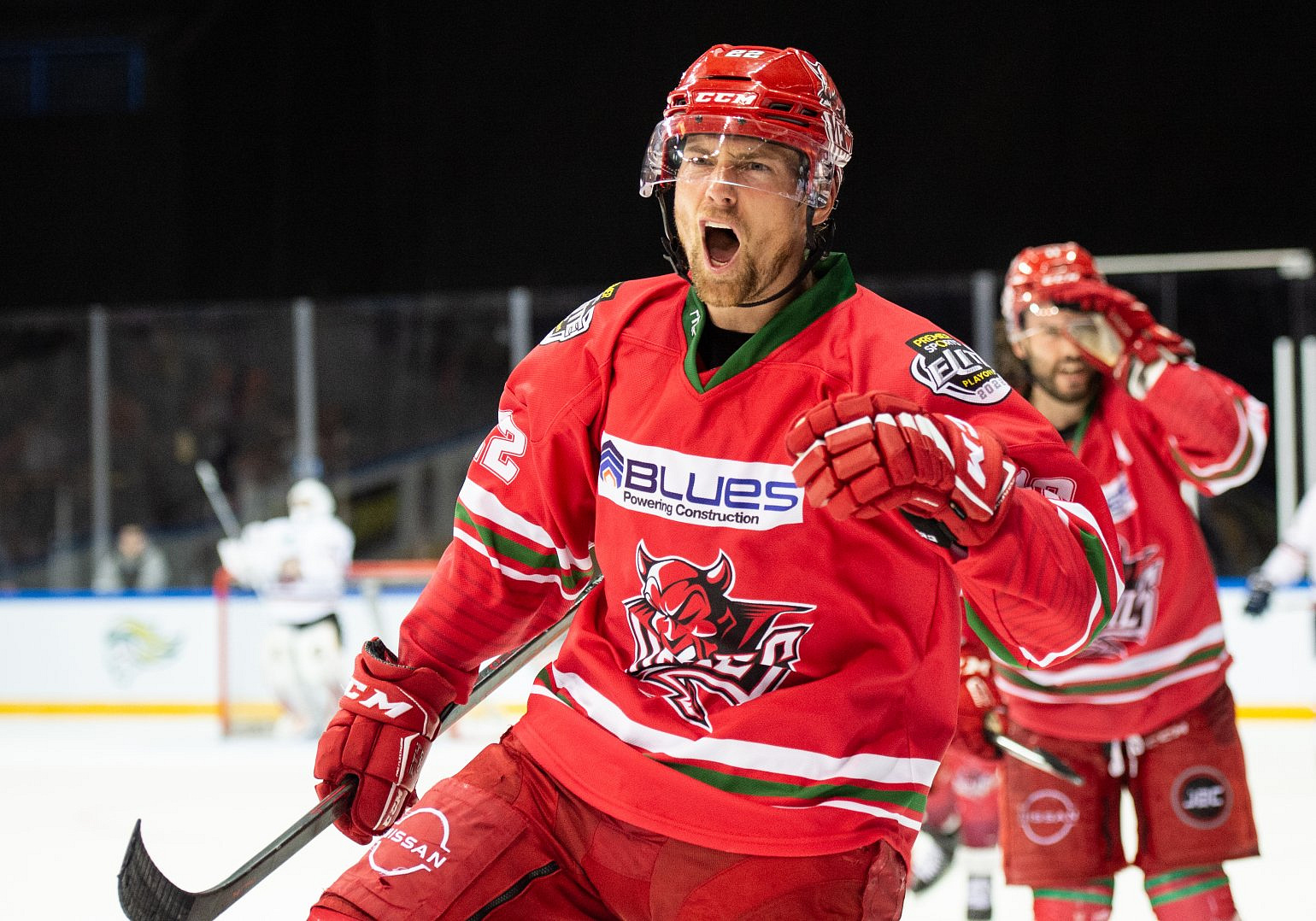 A Justin Crandall goal with 2:18 left to play sent the Cardiff Devils through to their third straight Premier Sports Playoff Final, beating Guildford Flames 3-2 at the Motorpoint Arena.

The deadlock was broken in a physical but scrappy first period with 12:45 elapsed off the clock as Jake Coughler reacted quickest to a rebound from Trevor Cox’s floated wrist shot, giving the Devils the lead heading into the first intermission.

After the two teams exchanged odd-man breakaways and grade-A chances for the first quarter of the second period, leaving Mac Carruth thanking his right post and crossbar for the assistance in keeping Guilford scoreless. It would be the Flames to apply pressure on the Cardiff defence for the rest of the period, but to no avail thanks to the stubborn performance of Carruth.

That was until Cole Sanford broke on the Flames’ goal and from his knees shoveled the puck past Lindskoug with a Guilford defender draped over his back.

The Flames got themselves back within reach early in the third period with Turner Ripplinger deflecting Brett Ferguson's quick shot past Carruth. With little under five minutes left, the Flames would go on to level the scoreline courtesy of the same combination of players, this time Ripplinger squeezing home a rebound off an outstretched Carruth.

The Devils regained the lead only two minutes later, taking advantage powerplay with Brody Reid finishing from a tight angle past Lindskoug to send Devils’ fans into delirium and the Devils into the Premier Sports Playoff Final.