3pm: Giants and Stars battle for place in final 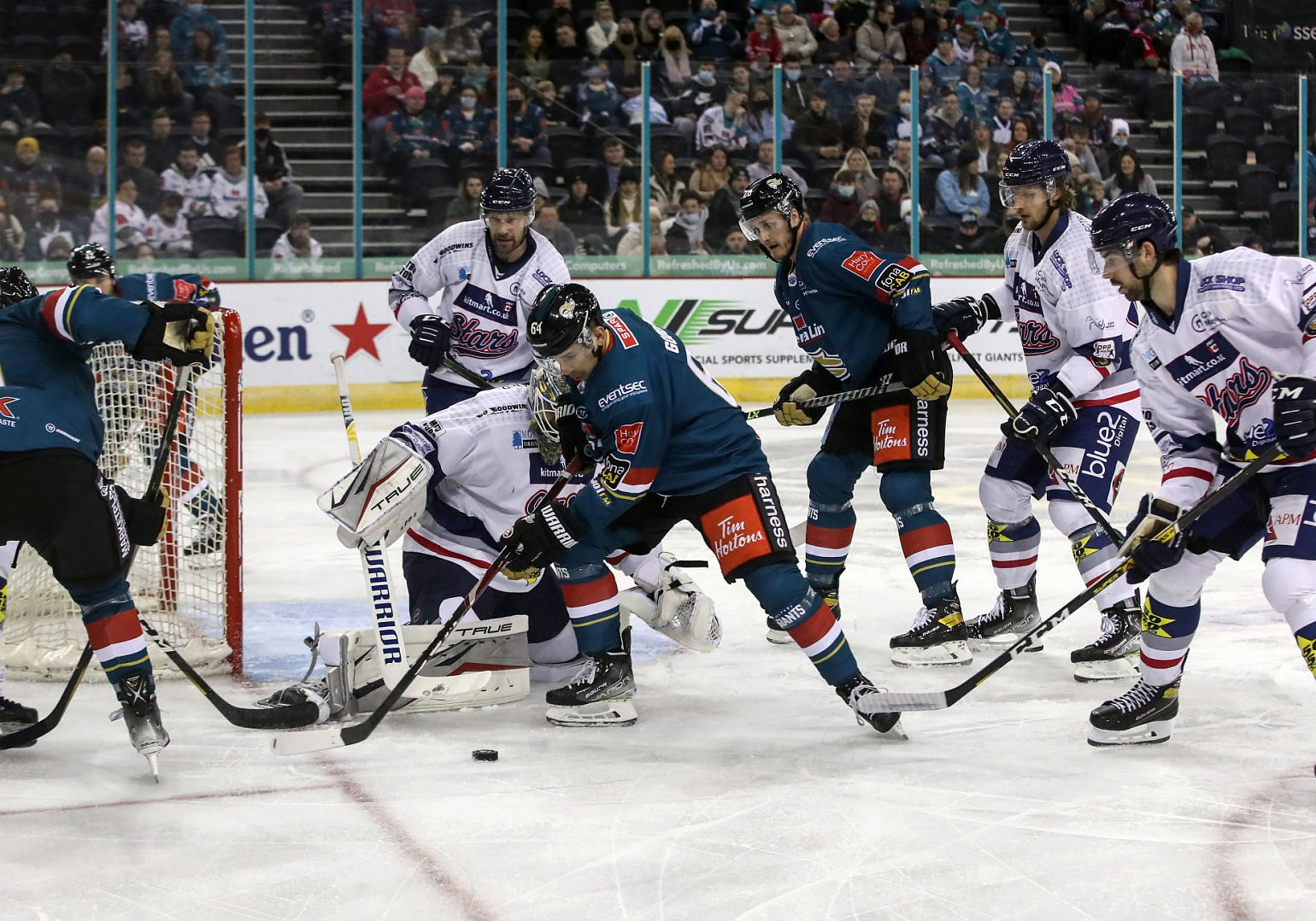 Semi-Final one of the 2022 Premier Sports Playoff Finals Weekend faces off at 3pm this Saturday afternoon with league and cup winners Belfast Giants taking on Dundee Stars.

The Giants squeezed through into the semis in a shootout after eighth-seeds Coventry tied them at 3-3 after 120 minutes. JJ Piccinich's winning penalty shot ensured the Giants are still on for a grand slam this season.

Standing in their way are Omar Pacha's Dundee Stars, who produced the performance of the Quarter-Finals to knock out second-seeded Sheffield Steelers 5-3 on aggregate. The Stars are appearing in only their second-ever Playoff Finals Weekend but will be backed by a strong contingent of fans from Tayside.

This game will be live only on Premier Sports! Join Aaron Murphy and Paul Adey from 2.55pm - click here to sign up!