McNally suspended for instigating an altercation 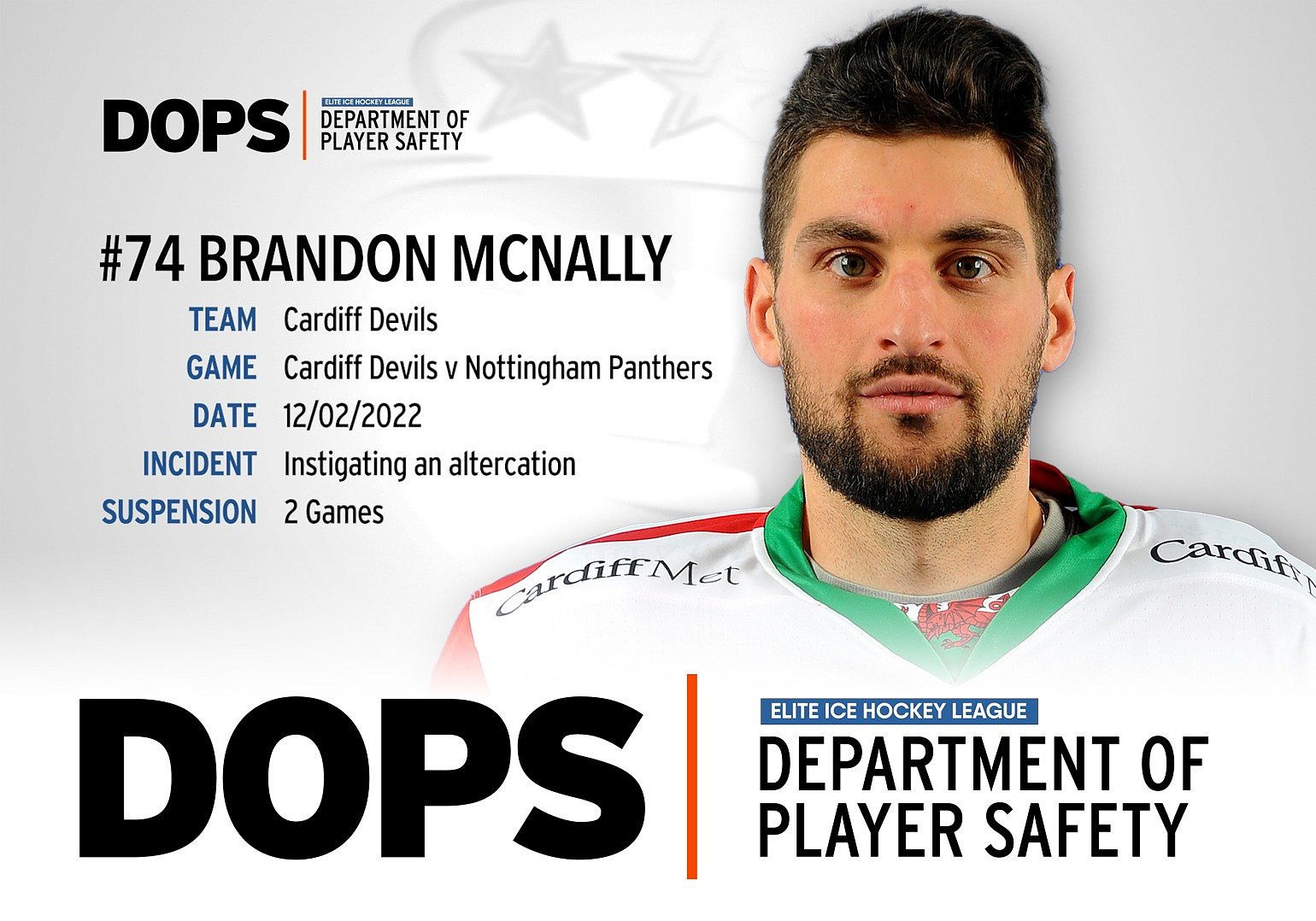 On Saturday night in Cardiff, Devils forward Brandon McNally was ejected from the game following an altercation with Panthers forwards Mathieu Tousignant.

After consultation with the match night officials it was deemed that:

To summarise:
Players making a legal line change need to proceed directly to the ensuing faceoff and not engage opposition players. McNally has previously been suspended during the EIHL 2021/22 Season.