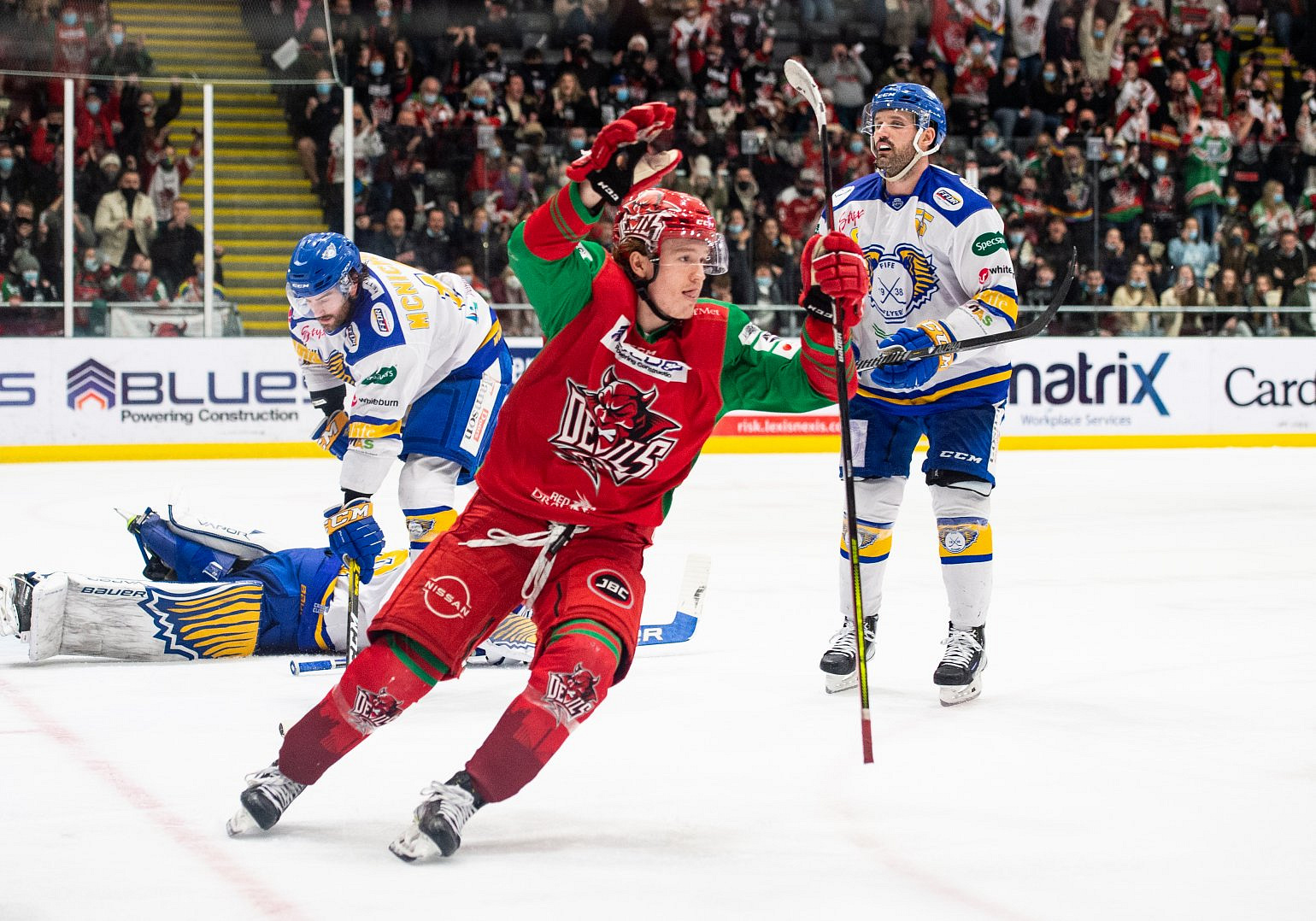 Cardiff Devils celebrated the return of fans to Ice Arena Wales with 4-0 victory against basement side Fife Flyers.

Two goals inside the final six minutes of period one put the Devils well in control of the game. After Tyler Kozun made a good save at one end, the Devils broke down the other with Cole Sanford's outlet pass setting Trevor Cox through on Shane Owen, and he beat the Flyers' netminder with a quick release at 14:51.

Jake Coughler's one-timer from the circle on the powerplay put the Devils two up with nine seconds left in the period.

The visitors killed two further penalties in period two before the Devils all but killed the game off with their third of the night - Brodie Reid scoring in close at 37:42, some five seconds after a James Isaacs interference minor had expired.