An explosive third period helped the Sheffield Steelers to a big first leg lead in their Premier Sports Challenge Cup Quarter-Final against the Fife Flyers.

Robert Dowd hit the crossbar but then converted a few seconds later to put the Steelers ahead on the powerplay at 9:16 in what would prove to be the only goal through almost 48 minutes at the Utilita Arena. The Flyers were indebted to Shane Owen for a string of fine saves to keep them within one through the majority of the game.

After no goals in period two, the third exploded into life with four goals in under eight minutes which turned the tide of the series. Matias Sointu had a simple tap in at 47:56 to make it 2-0 to the hosts, before Evan Mosey put them three up at 50:26. A fortunate bounce off a Craig Peacock shot allowed Michael McNicholas to slot home on the doorstep at 53:56/ with a goal that looked to have got the Flyers back into the tie.

However, the very next shift Dowd turned the puck over and slotted home 1-on-0 at 55:13, and 14 seconds later Vojta Polák capitalised on a big rebound to fire home and give the Steelers a 5-1 lead heading into the second leg. 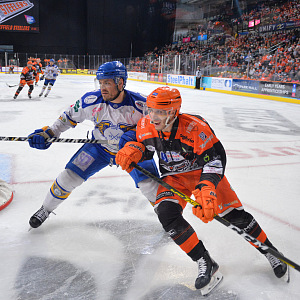 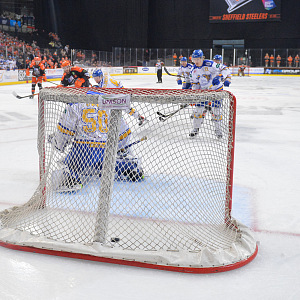 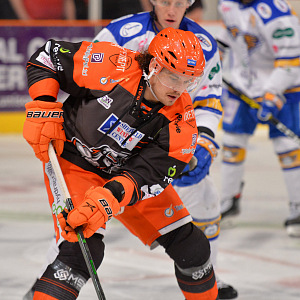 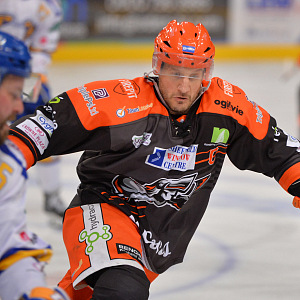