Sheffield Steelers completed a four-point weekend with a two-goal home win against the Dundee Stars to ensure they stayed top of the Premier sports Elite League with a slid lead.

Sheffield had the stronger start in Sunday afternoon's game at the Utilita Arena, hitting the post early as they peppered Adam Morrison's net with pucks. The home side's pressure eventually told with the Stars taking penalties, and 5-on-3 down Dundee went behind - Evan Mosey with the blast at 16:40.

Having taken the lead towards the end of the opening period, the Steelers then doubled their advantage in the opening phases of the second. Drydn Dow pinched to play the puck in the neutral zone, didn't make it, and Martin Látal skated through to finish five-hole at 24:09. Dundee did however get themselves back into things, albeit in somewhat fortuitous circumstances: Charlie Combs' shot from a bad angle hit Rok Stojanovič, bounced up in the air, and looped over the Steelers' netminder into the net. The Stars' powerplay went to work twice as the period wound down, but failed to really trouble Stojanovič, although Gabriel Desjardins rang a shot off the post late on.

The next goal was going to be crucial, and when it went to the Steelers it gave Dundee a mountain to climb. Tanner Eberle's goal was much like Combs' in the previous period, an innocent-looking shot taking a funny bounce and going up and over the goalie into the net just 3:04 into the period.

Dundee took a timeout late on to try and force a way back into the game, and also pulled Adam Morrison, but despite pressuring the Steelers' net for the final two minutes they couldn't get past Stojanovič again and the Steelers held on for the win. 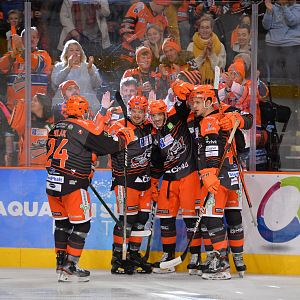 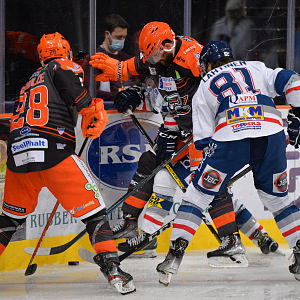 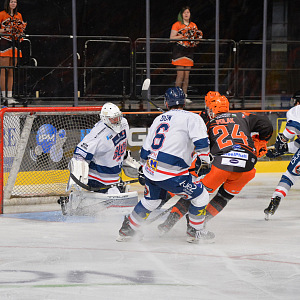 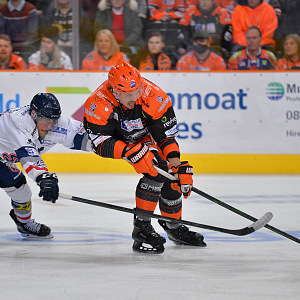 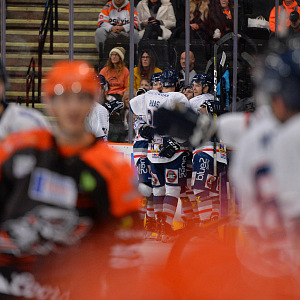 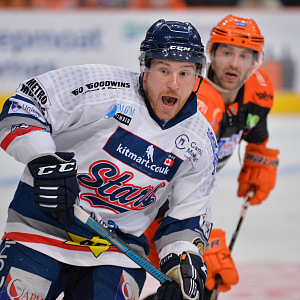 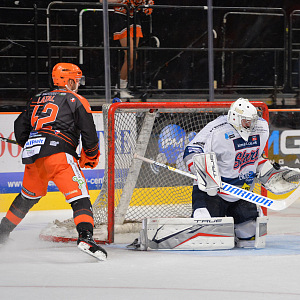