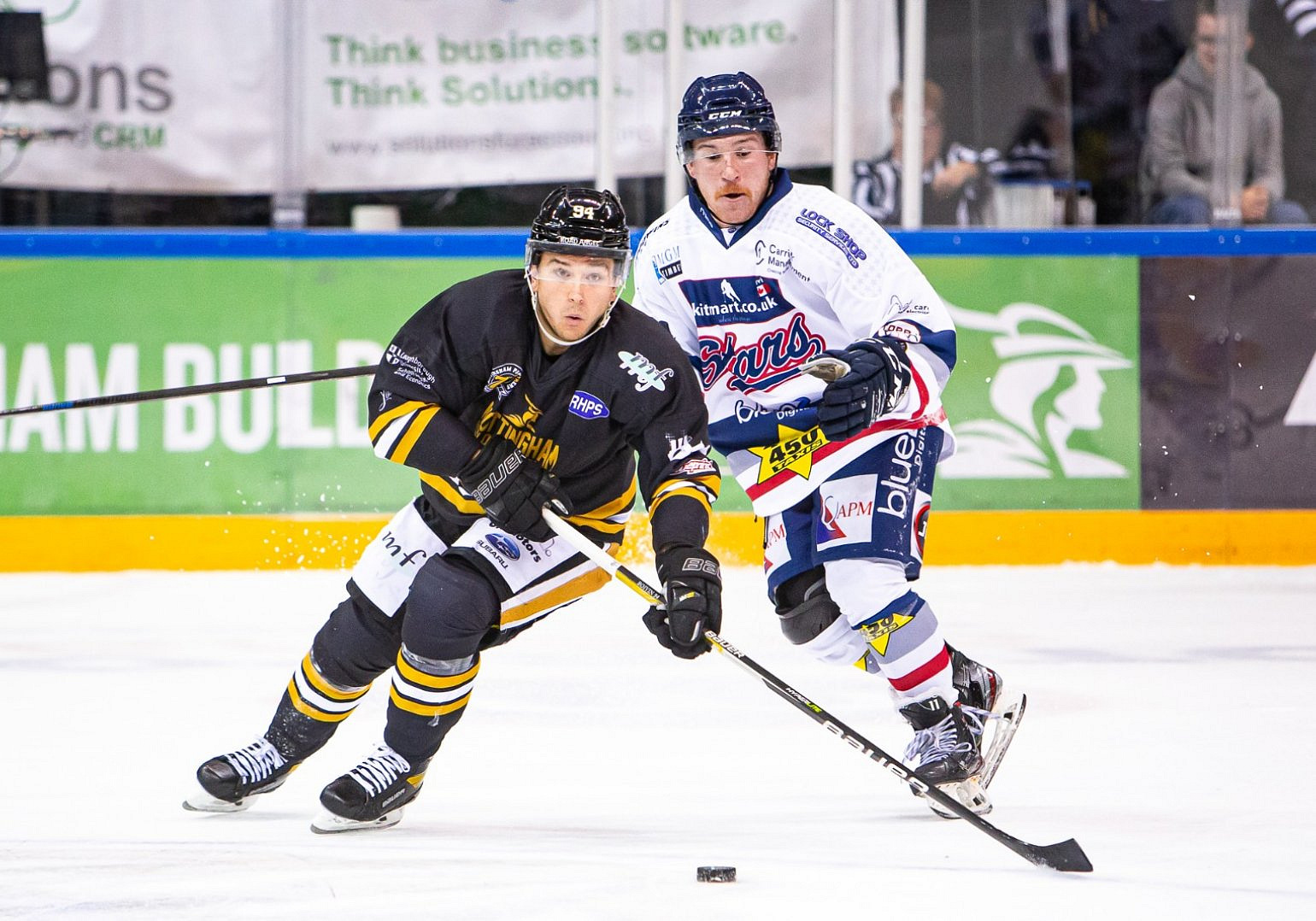 Dundee host the Nottingham Panthers hoping to build on their four-point weekend last time out.

The Stars beat Manchester at home before picking up an impressive win in Belfast 24 hours later results which meant they didn't get cut adrift at the foot of the table. Having played more games than several of the teams around them, Dundee need to pick up wins urgently to improve on their 27% points percentage so far. They did, however, last weekend hit three powerplay goals to improve their percentage from under 8% to just shy of 13%.

Nottingham got back to winning ways with a 4-1 win in Glasgow on Friday night, avenging their home loss to the Clan a fortnight before. Tonight's game is a milestone one for Panthers' forward Matthew Myers, who will play his 1,000th game in the EIHL - becoming only the second player to do so.

The teams have met twice in Nottingham so far this season, with the Panthers winning tight games on both occasions. Dundee did leave with a point in one of the game, however.