Sheffield went back to the top of the Premier Sports elite League table thanks to a two-goal win on the road in Guildford, leapfrogging the Flames who moved into first earlier in the week.

It was a dominant opening period from the Steelers who deservedly led by two after 20 minutes at the Spectrum. Davey Phillips' speculative backhand pass found its way perfectly into the path of Robert Dowd who patiently out-waited Kevin Lindskoug to put the steelers one up after just 2:48. Another Steelers attack broke into a 2-on-1 with Dowd this time turning provider for Martin Látal who nicely slotted past Lindskoug glove side to make it two at 6:33.

Jamal Watson failed to convert on a penalty shot at 17:48 as the Flames ended the period two behind.

Guildford pushed for a way back into the game during period two, but were wary of the Steelers counter-attack which remained dangerous throughout. Midway through the period a post-whistle scuffle led to a large number of penalties on the play, the most significant of which was Kyle Locke being ejected for roughing after throwing a punch when he entered the scuffle late and from behind the crowd. Sheffield came out of that with a three-minute advantage, but the Flames were able to kill the penalty and stay within two.

Scoring the first goal in period three was always going to be crucial, and when John Armstrong finished in close on the powerplay the Steelers were three ahead with 11:35 to play. 19 seconds later, however, Jordan Cownie capitalised on a loose puck to finally beat Barry Brust and give the hosts some hope. Guildford had chances to half the deficit in a good spell during the next five minutes but couldn't find a way through and the Steelers gradually regained their hold of the game enough to see out the remainder and secure the win. 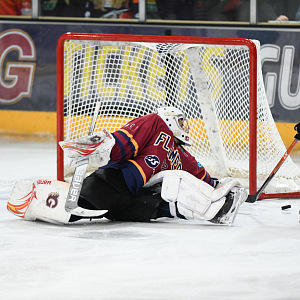 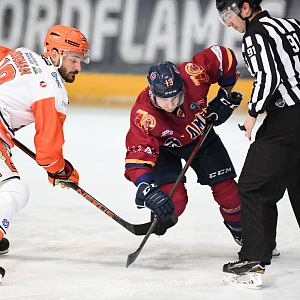 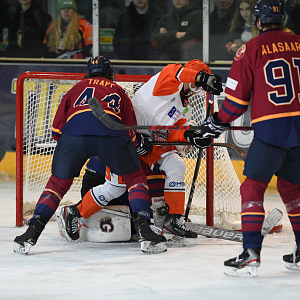 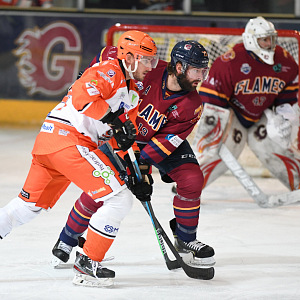 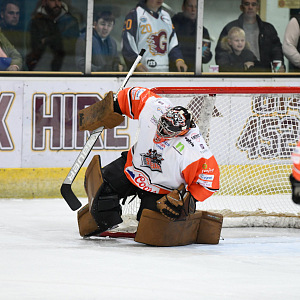 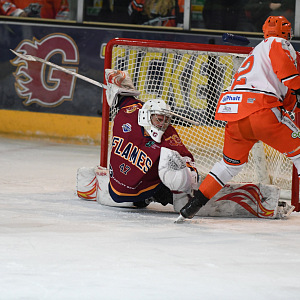 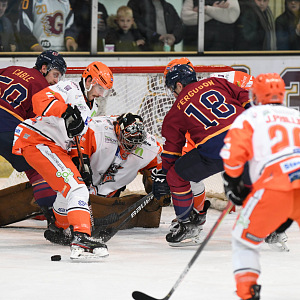 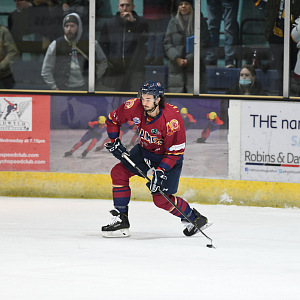 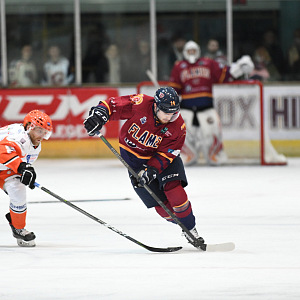 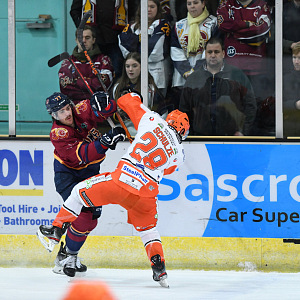