Glasgow picked up their second win of the season, in large part helped by two quick goals in period two.

It was a hectic start at the Storm Shelter with the teams trading shorthanded goals in the opening period. Colin Campbell put Clan ahead 6:55 into the game with a shot from a tight angle that left Jason Bacashihua slightly confused as to how the puck had got passed him. Manchester responded just over five minutes although however, Scott Simmonds getting the final touch after Shane Starrett had blocked Curtis Hamilton's breakaway opportunity.

Manchester had the better of the possession and chances during period two but couldn't convert - Frankie Melton rang a shot off the post on one of their many surges to the front of Starrett's net.

The Storm were rocked, however, by two quick Clan goals on rare visits forward from the visitors. As Clan headed for a change, Matheiu Roy shot through the five-hole to put his side back ahead ay 37:28, while 47 seconds later Quinn O'Brien forced the puck over the line in close to suddenly put the Clan 3-1 up.

If those goals didn't take the sting out of the final period, then Colin Campbell's from the back post at 50:49 certainly did, putting the Clan 4-1 up with under ten minutes to play.  Rodney Southam scored on the empty net form distance at 56:28 as the Storm gambled early. 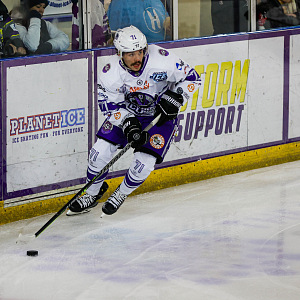 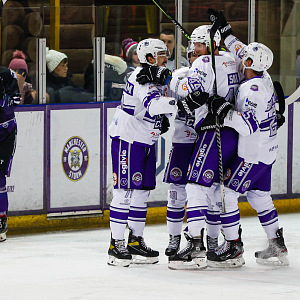 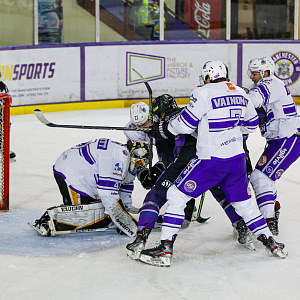 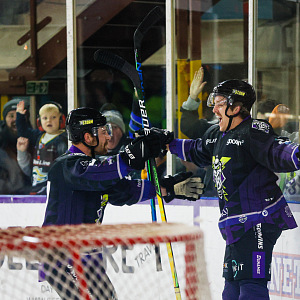 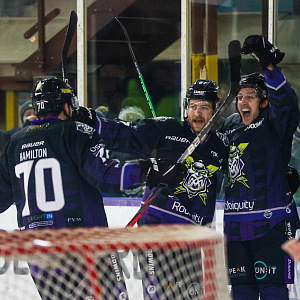