Dundee found a game-winning goal 1:43 from the buzzer to end their losing run and beat the Manchester Storm 3-2 at the Dundee Ice Arena on Saturday night.

Manchester had the first good chance of the game, Tyson Fawcett the beneficiary form some nice passing but unable to beat Adam Morrison. Cody Drove capitalised on a turnover in the offensive zone but couldn't find his way past Jason Bacashihua. The deadlock was eventually broken at 9:03 with a Philippe Sanche slapshot going through the five-whole to give Dundee the lead.

Leading by one after 20 minutes, Dundee found themselves under good Storm pressure from the off in period two. The Stars' worryingly inefficient powerplay came back to bite them at 28:35 when Cam Critchlow's 2-on-1 shot deflected off a stick to wrong  foot Morrison and fly into the net shorthanded. Four minutes later, the Storm turned the game on its head when Adam Brady finished some neat passing through Morrison's five-hole to give the visitors the lead. Dundee held out during a late Storm man advantage to trail by one going into period three.

Storm had chances to put the game to bed in the final period but often ran into Morrison or Stars players getting blocks in lanes to keep the puck out. The Stars thought they'd equalised inside the final ten minutes, but the goal was washed out as the puck hadn't crossed the goal line - and with no video review technology available in Dundee so far this season, the on-ice call stood.

However, the Stars didn't have to wait long for their tying goal. At 51:05, Philippe Sanche had three bites at a loose puck in the crease and eventually forced the puck over the line - he enjoyed the goal with a diving celebration!

With 1:47 remaining an ill-advised penalty from Linden Springer put the Storm down a player, and Dundee needed just four seconds to make the most of their advantage - Connor Sills wristing home in the slot to send the home crowd wild.

Bacashihua was pulled late for the extra attacker, but Storm couldn't find a way through the Stars defense again and the home side held on to end their seven-game losing run. 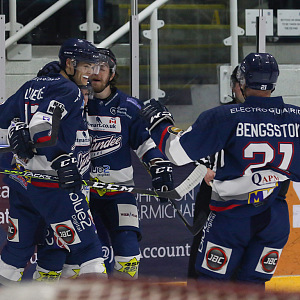 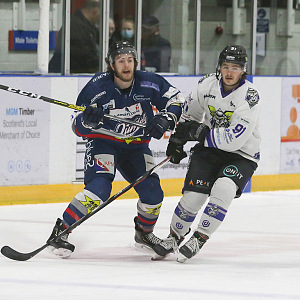 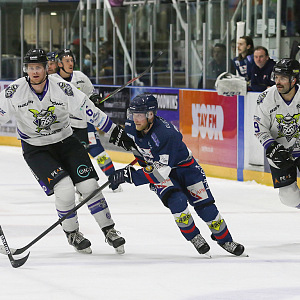 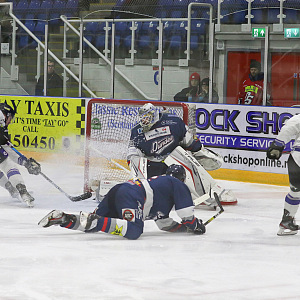 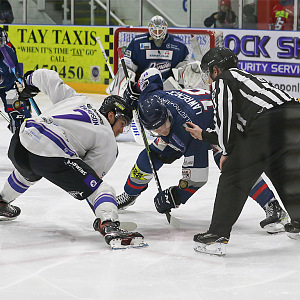 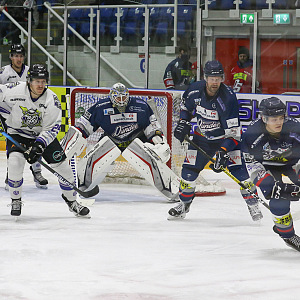 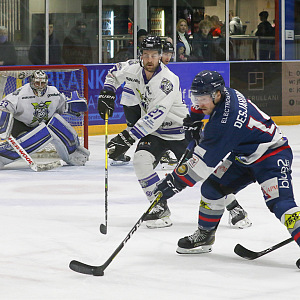