Guildford went top of the Premier Sports Elite League thanks to a two-goal win over Glasgow on Tuesday night in Surrey.

The home side were ahead at 13:35 when Ian Watters shot high past Shane Starrett from the top of the crease. The goal was the subject of a lengthy review with the net appearing to be dislodged but upheld after the officials had studied the video.

Five minutes later, Robert Lachowicz deflected a shot past Starrett to make it 2-0, with muted appeals for a high stick from the visitors.

Guildford went three ahead through John Dunbar at 24:44 and should have extended their lead later in the period, occasionally being guilty of a pass to many on some well-worked scoring chances including a 3-on-0 that went begging.

Clan got themselves back in the game with 1:40 left in the period with Mathieu Roy shooting through Kevin Lindskoug's five-hole in the slot to make it a two-goal game heading into the third.

The Flames had the better start to period three but were unable to take advantage of their changes. They were then made to pay when Clan the deficit back to one when Brock Beukeboom's shot crept through Lindskoug to make it 3-2 at 44:57.

Watters' snipe from the slot put the Flames back two ahead with 10:33 to play after the Clan had started to create more chances looking for an equaliser.

Malcolm Cameron called his timeout inside the final 90 seconds to try and find a way back in for his team, followed by pulling Starrett with 68 seconds left for the extra skater, but the gamble failed to produce any decent chances and the Flames held on for the win. 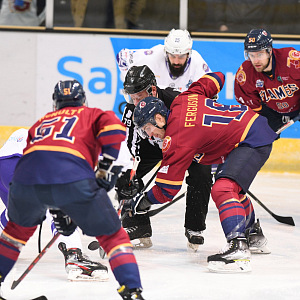 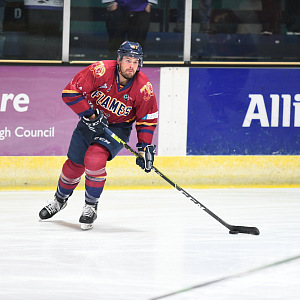 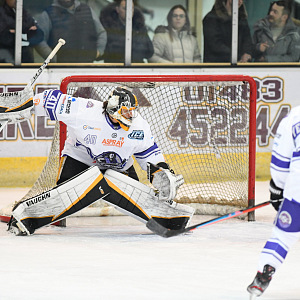 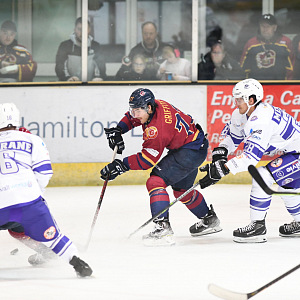 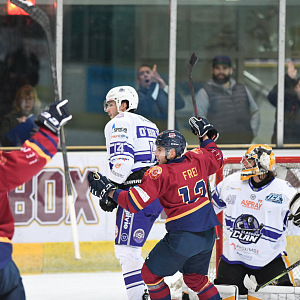