Belfast continued their unbeaten home record as they dispatched Manchester for the second time this weekend at the SSE Arena.

The opening period was a pretty even affair with the Storm much improved from Saturday night despite missing Scott Simmonds from their lineup.

Manchester went ahead when Tayler Thompson pounced on a rebound from Austin Albrecht's shot with 6:02 gone, the goal coming after Jackson Whistle had made several saves to keep the visitors at bay.

Lewis Hook fired home from the back post off Ciaran Long's feed with 4:21 left in the period to make it all square after 20 minutes.

The crucial next goal came 7:23 into period two - on the powerplay, Mark Cooper tipped Scott Conway's shot past Jason Bacashihua to give the hosts a one-goal cushion. Conway then produced some excellent hands before wristing into the net from the slot through traffic for a powerplay goal at 36:52 to make it 3-1.

Three goals in just over as many minutes well and truly put the game to bed in the first half of the third period. Cam Knight's blueline shot found its way through a screen at 44:46, followed by Lewis Hook scoring his sixth of the season at 47:19. David Goodwin made it 6-1 36 seconds later on a rebound from Cooper's effort in close.

Manchester grabbed a goal back with 90 seconds remaining, but it was the Giants' weekend with four points which takes them ahead of the Storm into fourth overall. 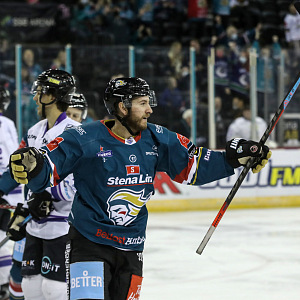 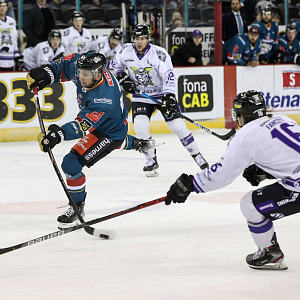 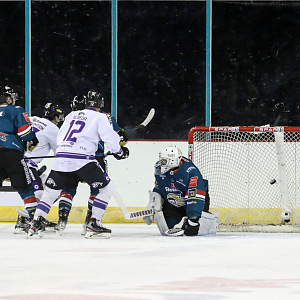 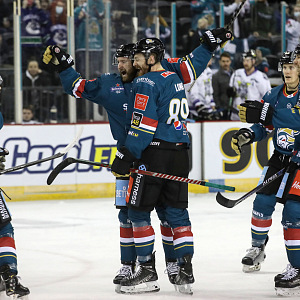 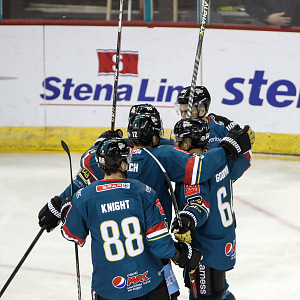 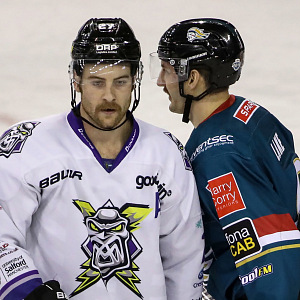