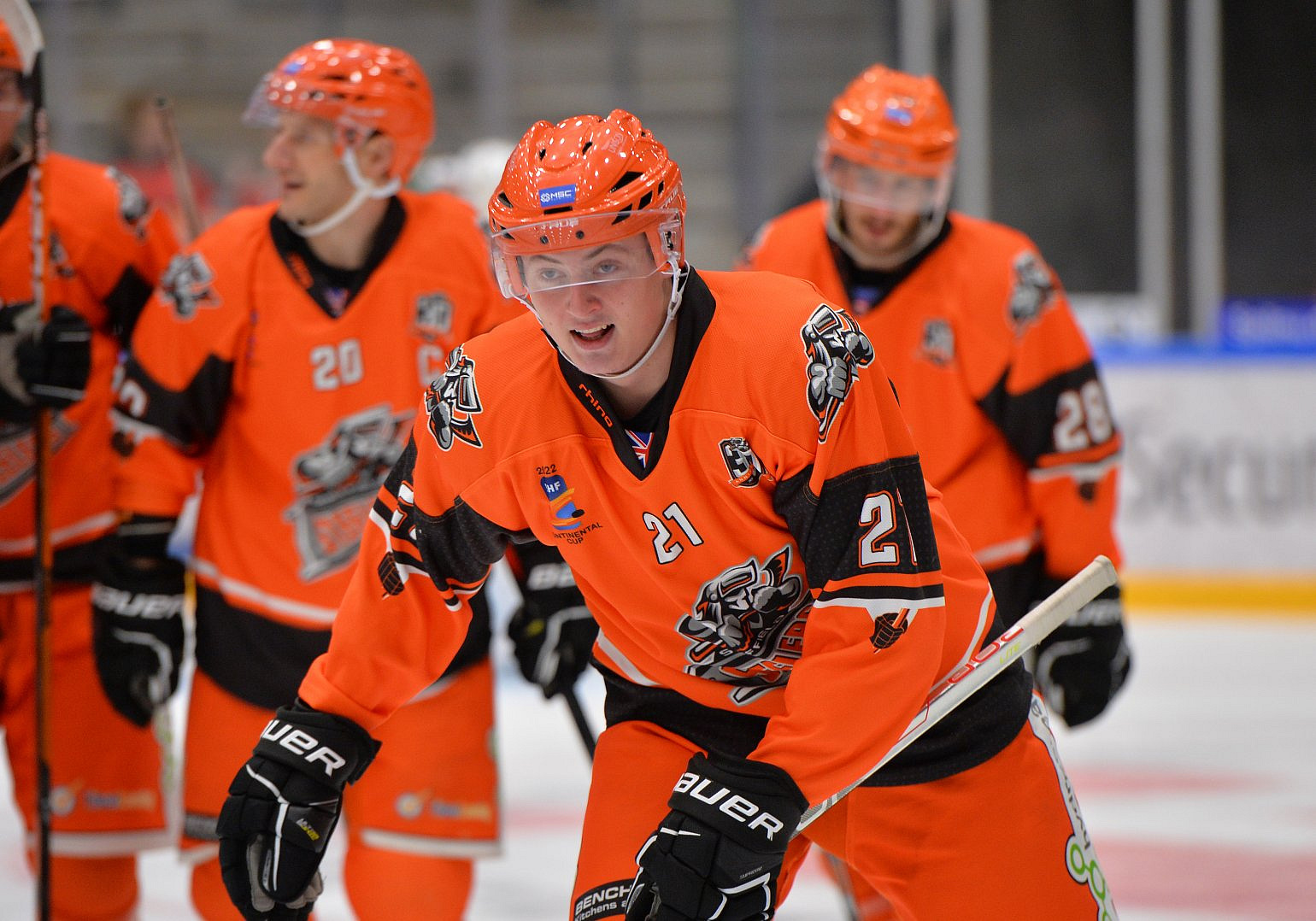 The Sheffield Steelers edged past Olimp Riga on Saturday afternoon to move one step closer to qualifying for the IIHF Continental Cup final stage.

Alex Graham got the Steleers off to the perfect start with a goal inside the opening three minutes to steady any early period nerves. Rok Stovajovič pulled off a couple of good saves to keep his side ahead, while at the other end the ever-impressive Matias Sointu was denied a wrap-around by Andrey Bonch-Bruevich.

Period two saw both teams with chances but the Steelers looking the more dangerous. Jonathan Phillips looked to be setting up the backdoor finish with a pass when through 2-on-1, but an Olimps defenseman got something in the way to block the chance out. The Steelers' pressure eventually told midway through the period. Justin Hodgman won the faceoff back to Sointu, who crashed the puck in with a one-time at 31:38 to make it 2-0.

Olimp made the game interesting with a goal early in the third through Sandis Mezaraups 2:49 into the third period. With 5:40 left on the clock, the Steelers got themselves back two ahead - Daine Todd's shot from the bleuline was tipped in front by Jonathan Phillips.

Todd and Hodgman both took late penalties to give Riga a 5-on-3 opportunity with 3:51 to play but the Steelers got through the penalty kill with only a backdoor miss-shot from Olimp the closest they came to pulling a goal back. However, after missing a 2-on-1 of their own to put the game to bed at one end, the Steelers got caught on an odd-man rush at the other which allowed Mikelis to slot past Redlihs with 1:21 to play.

Riga called a timeout after the goal to set their plan for the final 81 seconds with the extra skater, but couldn't force a tying goal and Sheffield took their second straight win in the group.