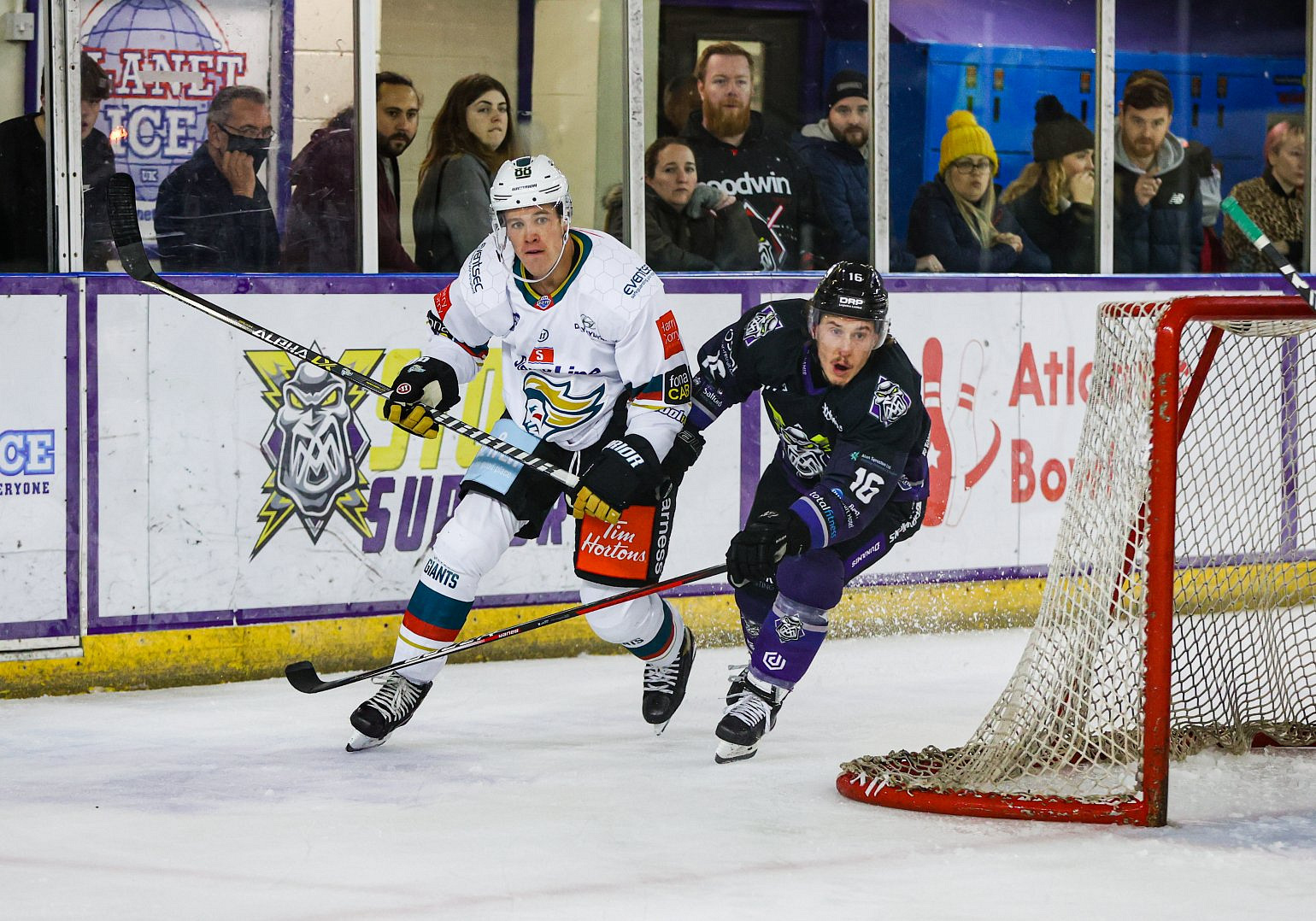 Game night in Belfast this Saturday evening sees the Giants host the Manchester Storm for the first of two clashes at the SSE Arena between the teams this weekend.

It was 'job done' for the Storm on Friday night as they came from behind to beat Coventry 5-2 at the Shelter, moving themselves up to fourth in the league although with the benefit of having played more games than the teams around them. Nevertheless, after a poor start to the season in the cup, Ryan Finnerty's side have certainly found their feet in the Premier Sports Elite League and go across the Irish Sea on a three-game win streak.

Belfast came through a tough test in Dundee last Sunday live on Premier Sports to move to a 7&3 record over their last ten games in all competitions. The Giants have yet to lose at home this season and have the chance of overtaking the Storm in the Top 4 if they can pick up maximum points over these two games.

The Giants have a 9-0-5 record against the Storm in Belfast in the EIHL, and tonight is their 30th overall meeting.

Tickets for this game can be bought online, while a webcast will be available here.