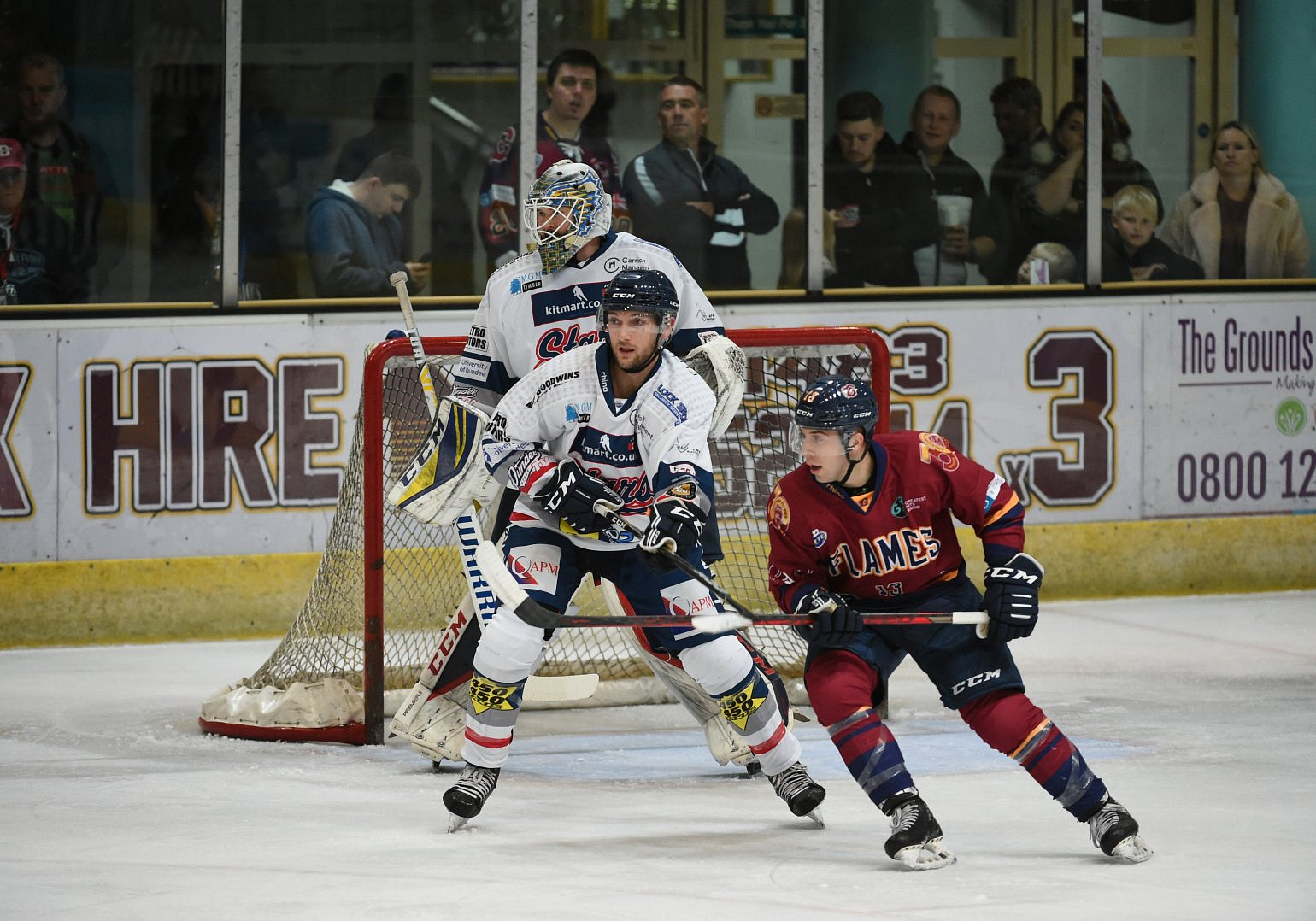 Omar Pacha's Dundee Stars have a quick turnaround today with the long ride down to Guildford coming just 23 hours after their home loss to Cardiff.

The Stars, who were short a handful of players in the 6-4 loss to the Devils, head south to face a team that they beat 7-0 at home but were blanked 3-0 by on their last visit to the Spectrum.

Pacha's side are on a six-game skid since that win, and have won just one of their last 12 games.

Guildford's home fixture tonight is their only game of this weekend. Paul Dixon's team are 3&2 in their last five games, but haven't lost in regulation since that thrashing in Dundee. The Flames can move to within a point of Sheffield at the top with a win tonight, and currently boast the league's third-highest win percentage.

Tickets for this game can be bought here.