Three-goal third wins it for Storm

Jason Bacashihua had a winning start to his Manchester Storm career, making 40 saves to lead his team to a 5-2 win over the Coventry Blaze on Friday night.

Coventry led after the opening 20 minutes at the Storm Shelter, but had CJ Motee to thank for several fine saves inside the opening two minutes of this clash. The deadlock was broken 10:17 into the game when the Storm failed to bring the puck out of their zone, and Dane Gibson set up Johnny Curran for his fifth goal of the season.

Period two was an end-to-end affair and ended with the scores all square after 40 minutes. Manchester equalised when a breakdown on a Blaze breakout let them in 3-on-1 shorthanded, finished by Tayler Thompson at 32:56. Janne Kivilahti responded 54 seconds later as the Blaze made their 5-on-3 count, but Tyson Fawcett's bottle popper tied things up with 2:08 left in the period.

Ten seconds into the final period the Storm took their first lead of the game as Curtis Hamilton cleaned up in front after Motte had stopped Adam Brady's effort. Just shy of 10 minutes later, that lead was extended to 4-2 as patient passing on the powerplay eventually set up Scott Simmonds for the backdoor slapshot past Motte. Coventry thought they'd pulled the score back to 4-3 late on, however the goal was ruled out after video review, and with 2:34 left on the clock Cam Critchlow found the empty net from almost on his own goal line to ensure the Storm would take the two points. 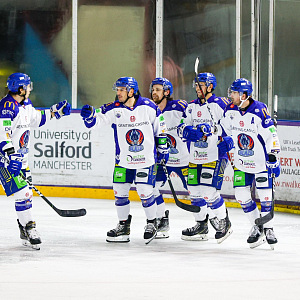 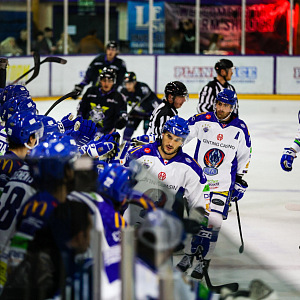 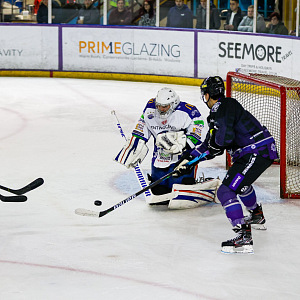 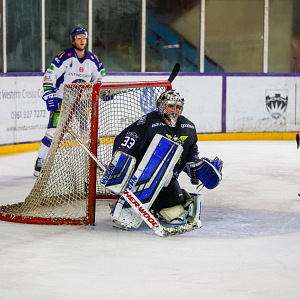 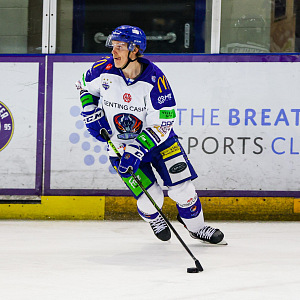 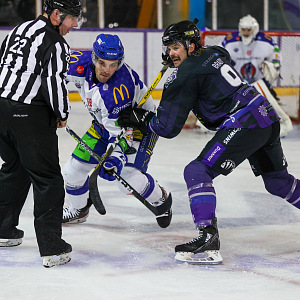 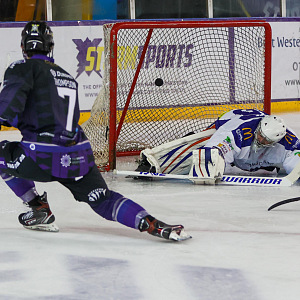 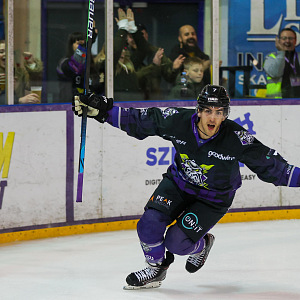 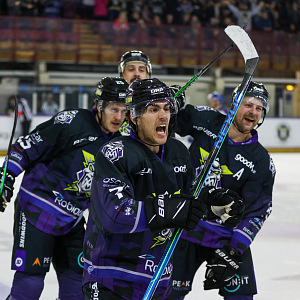