An entertaining Premier Sports Challenge Cup midweek matchup saw the Cardiff Devils come out on top against the Guildford Flames for the third time this seaosn.

Period one got off to a fast start, and an ideal one from the Devils' point of view. A stretch pass found Brodie Reid down the right-wing, and he centred the puck perfectly for Trevor Cox to slide past Kevin Lindskoug for the opening goal with just 37 seconds played.

Guildford had good chances to level on a powerplay that began at 8:31, but Devils' goalie Taran Kozun denied Jesper Alasaari no less than three times as he wound up the slapshot. The Flames did manage to level it shortly after though when Ian McNulty sniped home from a tight angle with 11:21 gone.

The Flames went ahead just over halfway through period two. After Andreas Valdix was called for a Faceoff Violation minor for two false starts, McNulty blasted in the go-ahead goal on the man advantage 23 seconds later. Lindskoug had denied Valdix with an excellent sprawling save on the play prior to the penalty to keep the scores level.

Cardiff had an early chance to level in the third with Alasaari binned for Tripping, but the Flames held out. They drew level at 51:32 after an excellent interception by Matt Register in his own zone started the rush, and after entering the Flames' zone defenseman found Reid who slotted past Lindskoug for the equaliser.

No goals in the remainder of the period meant both teams took a point and the game headed into overtime. After chances at both ends in a free-flowing, fast-skating extra period, the Devils broke 2-on-1 with Brodie Reid setting up Trevor Cox for the winner and the bonus point. 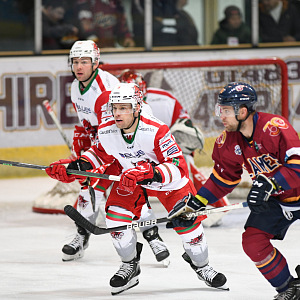 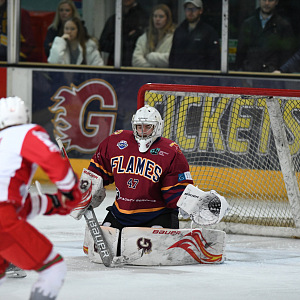 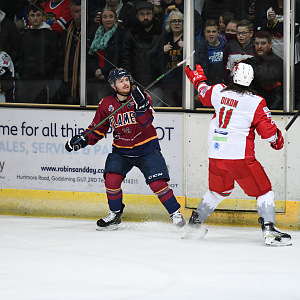 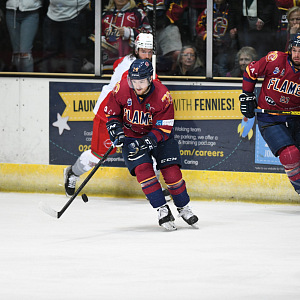 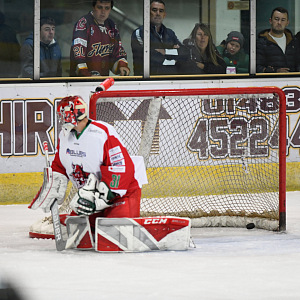 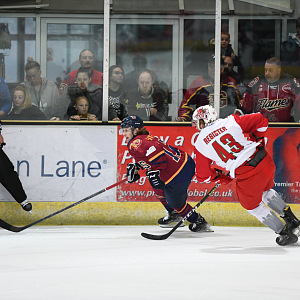 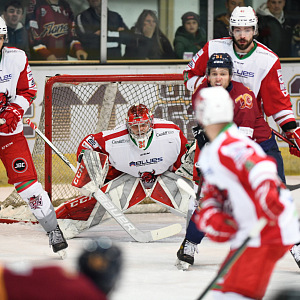