The Belfast Giants bounced back from a narrow defeat in Cardiff to edge past the Coventry Blaze in a well-fought encounter live on Premier Sports.

Belfast came flying out of the locker room and created good chances throughout the first period at the Skydome. They eventually took the lead through a big slapshot from Kevin Raine with 9:56 played, and Tyler Soy almost doubled their advantage shortly after but could only find the crossbar.

Johnny Curran levelled the scores 69 seconds into period two as he line-changed off the bench, wasn't picked up, and fired past Tyler Beskorowany. Scott Conway put the Giants back ahead with his first of the night s he pounced on the loose puck after his initial shot was blocked and snapped past CJ Motte with 32:58 gone. Again the Blaze hit back, however - a set faceoff play saw Joey Raats pass to Janne Laakkonen who set up Curran for another one-timer to tie things up.

Conway made it 3-2 to the Giants with just under ten minutes to play after he was perfectly picked out by Griffin Reinhardt with a perfect past and blasted the puck into the net. For the third time though the hosts fought back and it was Evan Bloodoff who provided the speed through the neutral zone, cut in and beat Beskorowany short side with 7:07 to play.

A beautiful fake shot and pass from Raine set up Conway to complete his hat-trick to put the Giants into a lead they wouldn't surrender. Coventry pulled Motte with well over two minutes to go for the extra attacker and had good pressure on the Belfast net, but a Raine goal from a faceoff in his own end sealed the win for the Giants with 47 seconds left. 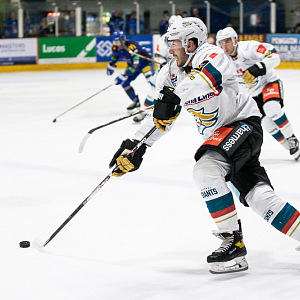 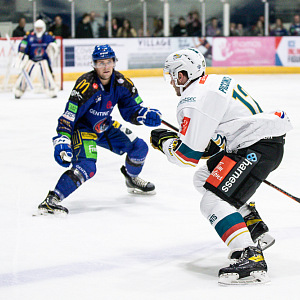 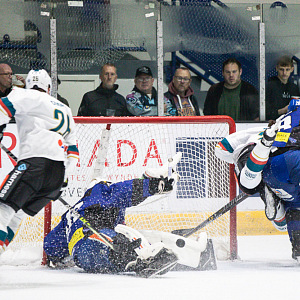 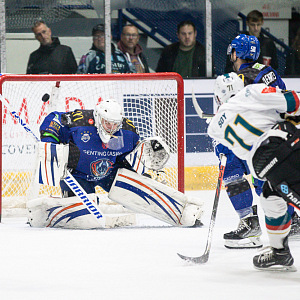 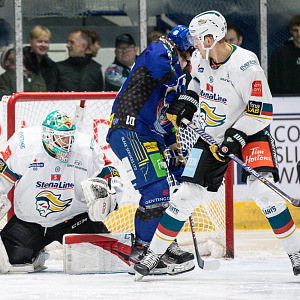 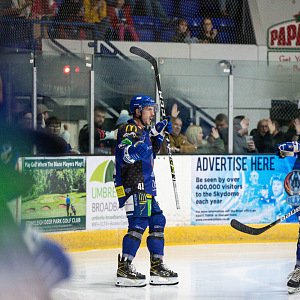 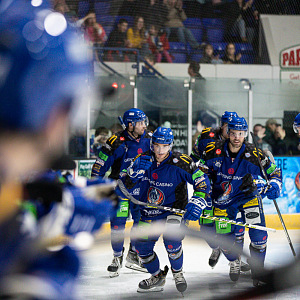 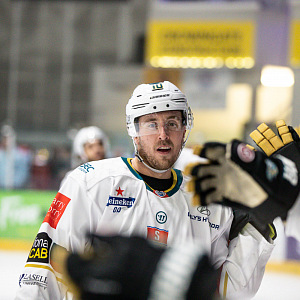 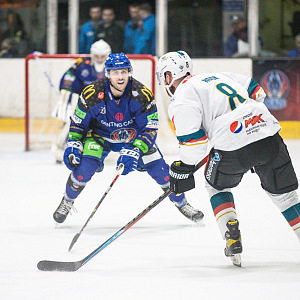