The Cardiff Devils held on for a narrow 3-2 victory over the Belfast Giants in a tight and engrossing encounter at Ice arena Wales.

It was the Giants who had the better start to this game, forcing Mac Carruth into a couple of good early saves, notable as the Devils killed off a hooking minor of Andreas Valix. As the Devils grew into the game they took the lead - a nice saucer pass found Brendan Mikkelson coming in on the rush, and the defenseman took the shot on the half-volley to blast past Tyler Beskorowany.

The middle period was scoreless but things burst into life in the first half of the third period. Having found no way past Mac Carruth for 40 minutes, Cam Knight tied things up when his shot squirmed through the Cardiff goalie's five-hole and crept, painfully for the Devils, over the line at 44:50. However, the home side were back ahead only 69 seconds later with an excellent faceoff move - Stephen Dixon winning the puck clean to Brodie Reid who one-timed past Beskorowany.

At 50:01, Cole Sanford deflected Ben O'Connor's shot in front to put the Devils 3-1 ahead and give them some breathing space heading into the final stretch of the period. Belfast were not out of things yet, however, and with Beskorowany pulled for the extra attacker almost three minutes before the end, their pressure paid dividends when Mark Cooper capitalised on a loose puck in the slot and fired past Carruth.

The Giants almost levelled at the death only for Scott Conway's shot to hit Carruth's shoulder and the crossbar before bouncing clear. Cardiff held on for the 3-2 win. 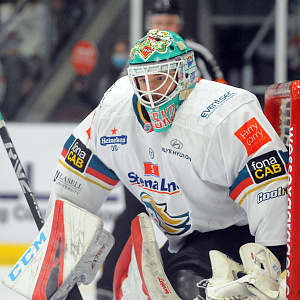 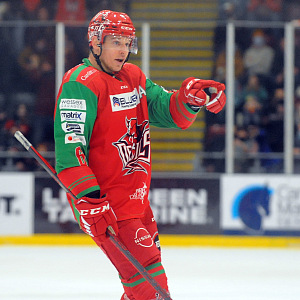 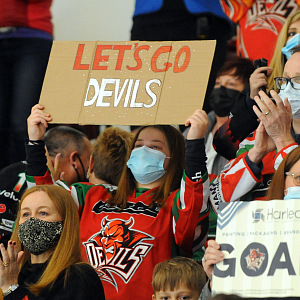 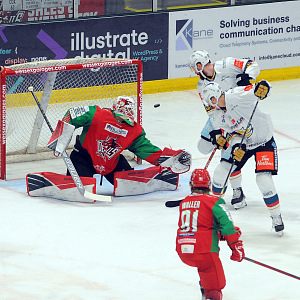 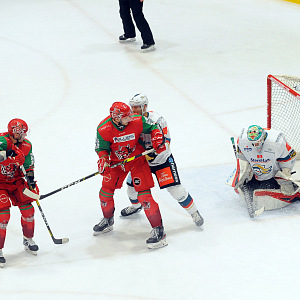 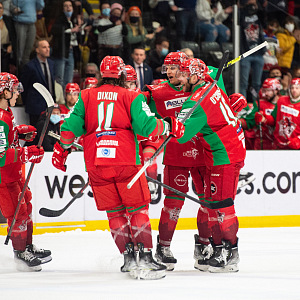