Steelers come from behind for third OT win

It was a third overtime win for the season for the Sheffield Steelers who came from two goals down early on to beat the Nottingham Panthers in Premier Sports Challenge Cup action.

The Panthers got off to an excellent start and were two up inside the opening five minutes. Christophe Boivin cut across the slot and beat Barry Brust with an excellent to-shelf finish 65 seconds into the game. At 4:51 it got better for the visitors with Ollie Betteridge tipping Taylor Doherty's shot from the blueline past a helpless Brust to make it 2-0.

The Steelers responded with some offensive zone time and were rewarded with their first goal of the game, Davey Phillips doing well to keep the puck in the zone, and Tanner Ebele wristing home at 10:13 having been given too much space in the slot.

Period two was just as entertaining as the first, if not more so with excellent end-to-end action. The Steelers levelled 8:03 into the period with a clever spin and shoot from Robert Dowd, who was perhaps giving too much space to work in. Three and a half minutes later the hosts were ahead as they broke 3-on-2, Brendan Connolly's shot was saved by Kevin Carr but Marc-Olivier Vallerand poked the loose puck home.

Sheffield had a 5-on-3 powerplay for a full two minutes to try and extend their lead, but excellent penalty killing from the Panthers kept them just a goal behind. And the Steelers were made to pay for that missed opportunity when Christophe Boivin was first to a rebound off Kevin Domiongue's shot at 36:17.

No goals in a tight third period saw meant that the game went to the bonus period and after some good pressure, including Marc-Olivier Vallerand hitting the crossbar, Tanner Eberle forced a turnover and blasted past Carr to give the Steelers the extra point. 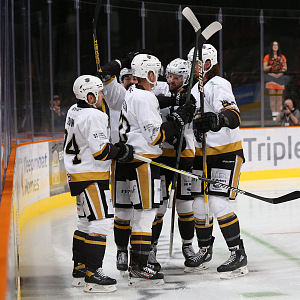 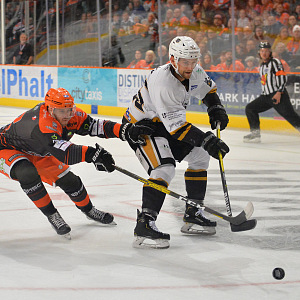 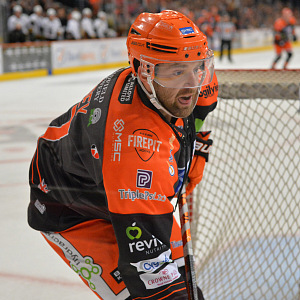 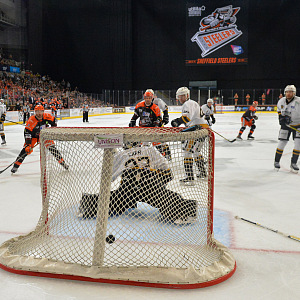 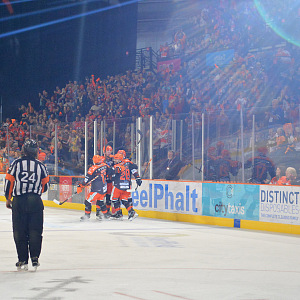