Kevin Lindskoug earned his second shutout of the season and backstopped the Guildford Flames to a hard-fought 3-0 win against the Dundee Stars.

A single goal separated the teams through 20 minutes, and it went to the Flames despite them being outshot 7-5. Jake Bolton's speculative shot from a bad angle crept through Adam Morrison's five-hole with 10:42 played to open the scoring. Dundee's best chances of the period came on an early powerplay but despite some nice passing, they didn't trouble Kevin Lindskoug too badly.

The major talking point of the second period led to the Flames taking a five-minute powerplay. Stars' netminder Morrison was called for a slash on a Flames forward who skated past his net, but as the play was whistled down Kyle Haas dropped his gloves against Alex Yuill. The Giants' man was ejected from the game with Yuill given a roughing minor.

Guildford, however, couldn't make the most of the man advantage despite a lot of good position, and the Stars remained just one behind going into period three.

The next goal was going to be all-important, and when it came it had an element of fortune about it. A shot from behind the goal line bounced off Chris Gerrie and deceived Morrison before bouncing into the net 81 seconds into period three. Dundee's Connor Sills had a great chance to get his team back into things but was thwarted by Lindshoug while through 1-on-0. On the resulting play, Guildford broke up the ice and Levi Cable cleverly used other players as a decoy before firing home past Mirroson at 46:20.

Stars' Head Coach Omar Pacha pulled Morrisson for the extra skated with six minutes to go and his side on a powerplay, but they couldn't generate the breakthrough. The game fizzled out apart from an incident at the final buzzer, but it was the Flames who celebrated their second 3-0 home win of the season. 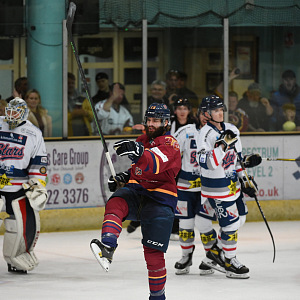 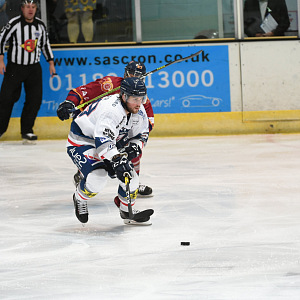 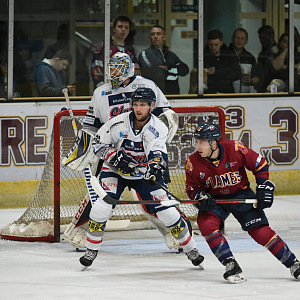 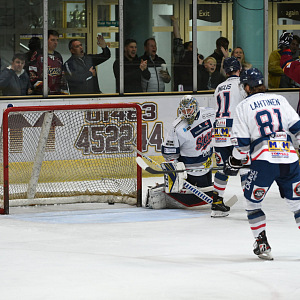 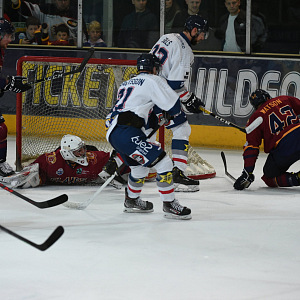 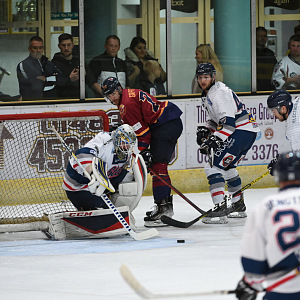 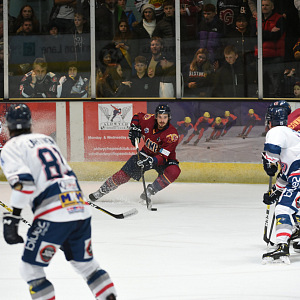