Hodgman: Sheffield is a great city, and the fans are unbelievable 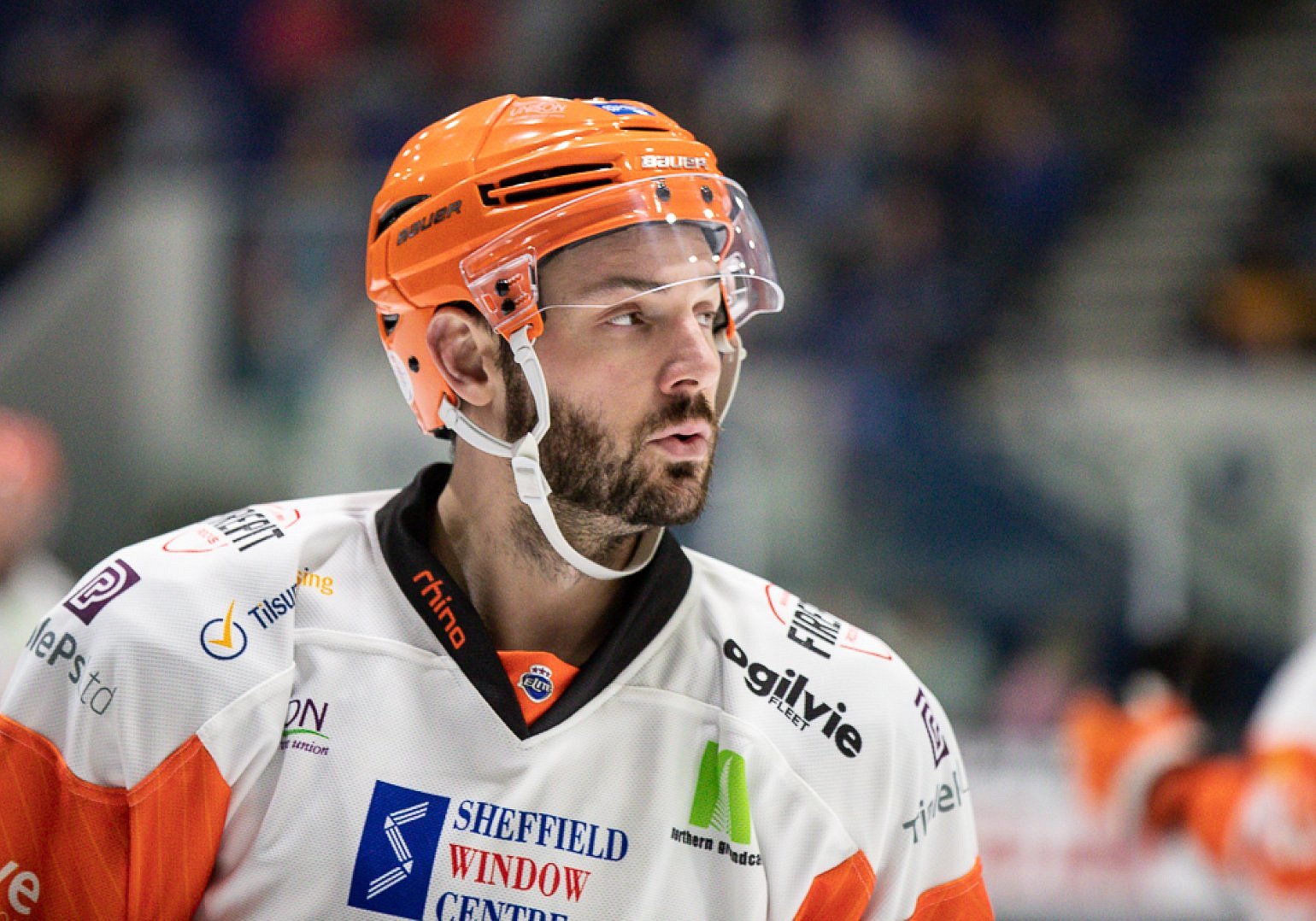 It's been a good start to the season for new Sheffield Steelers recruit Justin Hogman. With eight points in six games, we caught up with the forward to see how he's settling in the UK.

"It’s great, and to be honest we obviously couldn’t have hoped for a much better start. I feel like I’ve settled in nicely and have a lot of chemistry with guys already, so we’ll continue to get better," began the 33-year-old. "Sheffield is a great city, the fans are unbelievable, we’re in great apartments and everyone here is overly kind, so the whole environment is excellent."

Hodgman arrived in Europe in late 2016 and has played in the Czech Republic, Finland, Germany, Hungary and Sweden. How did he find his way to the Steelers? "Sheffield has been on my radar for quite a while now, and probably something I would have done last season in the league had taken place. I had conversations with Aaron Fox in the off-season and waited out as long as I could until he called and said it didn’t look like the season would go ahead, so I’d be better off looking for other options," he explained. "I heard really good things about Sheffield and the Elite League from some friends of mine.

"The most information I got came from Andrew Hotham - obviously, he played in Cardiff and was a big player in the league, and he told me a lot of great things about that organisation too, but he also was very honest about the league and the Steelers which was a great help. Aaron Brocklehurst couldn’t have said enough good things about Sheffield when I spoke to him, and Dominic Osman also gave me some good insights too.

"Of course I did my own research as well, learning about the fanbase and the facilities. Having 7-9,000 fans every night is always attractive, the setup is really good and the location of the city makes the travel a bit easier than it might be elsewhere. So in the end it was a nice bunch of things that helped me make my decision."

Having played in lots of different countries, were there any immediate differences upon arriving in the UK? "I think the only real difference for me right now is the difference ice sizes," said Hodgman. "Coventry and Manchester are significantly smaller rinks than what you play on in most of Europe, and that does mean you need to make adjustments in both your and your team’s game. We always discuss this before games though and are pretty well-informed."

With Head Coach Fox and Assistant Carter Beston-Will, the Steelers' pre-game preparation is thorough and includes a lot of video work. "To be honest, it’s been awesome, especially with some of the other new guys on the team not knowing the league so well," Hodgman revealed. "We have extremely detailed video around every aspect of the game, and I think it’s been a huge part of our early success this season."

Hodgman has hit the ground running since arriving in the Premier Sports Elite League, already notching two goals and six assists through six games. "It’s definitely been nice to get off to a good start but it’s also still very early. I had a good summer of training but with a shortened camp had a way to go to get fully fit, but that comes with time and games," he added. "It’s cliché, but you really do just go one game at a time and hope to keep rolling."