The Sheffield Steelers went top of the Premier Sports Elite League as they avenged Saturday night's home defeat to Guildford with a three-goal win against the Flames on the road.

A pair of goals on the rush helped the Steelers into a two-goal lead after the opening 20 minutes in front of 1681 fans at the Guildford Spectrum. First Martin Látal nicely wristed home from the circle at 2:26, while Robert Dowd followed up off the inside of the post at 9:39 to put the visitors in control.

Dowd hit his second of the game after a terrible mix-up between Flames netminder Kevin Lindskoug and his defense handed the Steelers forward the puck on a plate and an empty goal to aim at just 85 seconds into period two. Jesper Alasaari scored a trademark thunderbolt from the point on the powerplay to bring the Flames back to within two with 26:06 gone. The Flames had some good chances to edge further back into the game but found Rok Stojanovič in their way.

Going into the third period in a two-goal game, the next one scored would be crucial - and it was two in under a minute that proved decisive for the Steelers. Justin Hodgman reestablished their three-goal advantage at 47:44, while Dowd fired home from the circle to complete his hat-trick at 48:42.

The Flames staged a brief fightback with goals from Brett Ferguson (56:19) and then Mac Howlett rounding off a nice move at 59:12 bringing them back to within two, but it was too late in the game to trouble Sheffield. Jonathan Phillips' empty netter with one second on the clock finished things off. 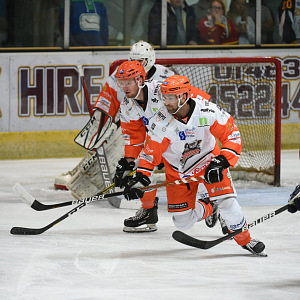 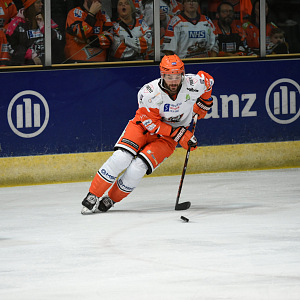 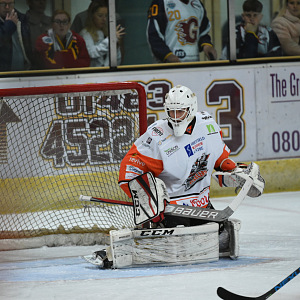 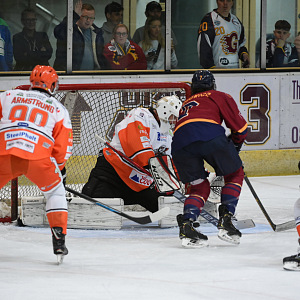 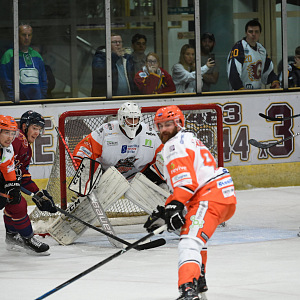