The Belfast Giants made it two four-point weekends out of three with a home victory over the Fife Flyers in the Premier Sports Challenge Cup.

There was a delay of around 15 minutes to the opening faceoff after the Flyers arrived in Belfast with their dark jerseys and caused a clash - thankfully, however, they were able to change to their yellow warm-up shirts and the game got underway.

The new colour didn't help the Flyers who found themselves two down after the opening period. Scott Conway was allowed too much time on the puck and went around the back before firing home from the slot for the opening goal at 12:54, and the hosts doubled the lead shorthanded on the buzzer with Griffin Reinhardt snapping home 1-on-0 from Mark Cooper's feed.

Fife were back in things just 45 seconds into the second with Jacob Benson wristing home from the slot, but they were back two behind four minutes later through Ciaran Long's impressive diving finish. 18 seconds later Jordan Boucher on a delayed penalty making it 4-1 at 26:27.

Nice passing from JJ Piccinich and Boucher set up Conway for his second of the game 3:58 into period three, but Fife pulled the score back to 5-2 with just under 11 minutes play. The impressive Piccinich rounded off the scoring with a powerplay goal 2:13 from the final buzzer. 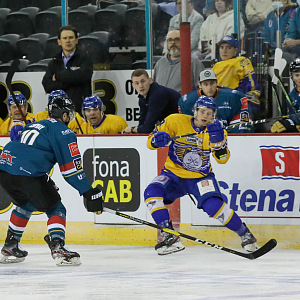 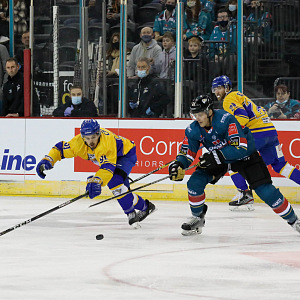 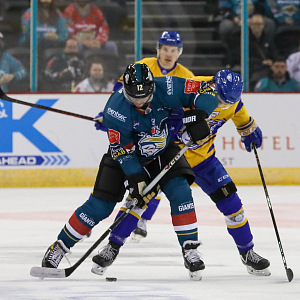 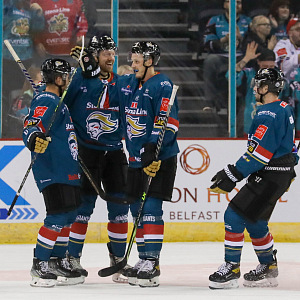 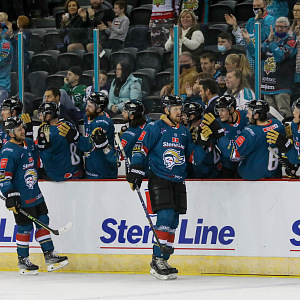