Three goals in six second-period minutes helped the Guildford Flames on their way to an impressive road victory against the Sheffield Steelers.

Brett Ferguson gave the Flames’ the lead on 6:10 when he redirected a Jake Bolton shot from the blue-line. John Armstrong levelled the game on 13:19 with a delayed penalty goal, his fourth of the season.

Tristan Frei restored the Flames’ lead 6:39 into the second period and John Dunbar extended their lead soon after, cutting through neutral ice before flicking a wrist shot into the roof of the net.

A third goal in six minutes was deflected in by Ian McNulty as the Flames capitalised on a Steelers mistake in the defensive zone. Brendan Connolly poked home on the powerplay, with 52 seconds remaining, to reduce the deficit to two heading into the final period.

The back-and-forth nature of the game continued as Levi Cable swept home his own shot after it came back off the post. Marco Vallerand broke down the left-hand side and blasted a wrist shot past a stubborn Kevin Lindskoug with 8:06 remaining on the clock. However, hopes of a Steelers comeback were slashed when Tristan Frei doubled his tally for the night with a shorthanded goal with 2:19 to go.

Alex Graham scored on his return to the UK with seconds on the clock but it was a mere consolation for the Steelers with the Flames holding out for their second win of the league season.

Guildford remain unbeaten in the Premier Sports Elite League while the Steelers tasted defeat for the first time this season. 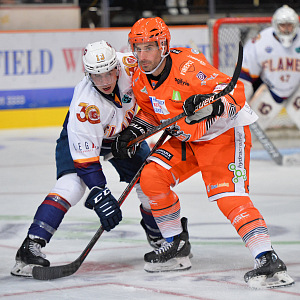 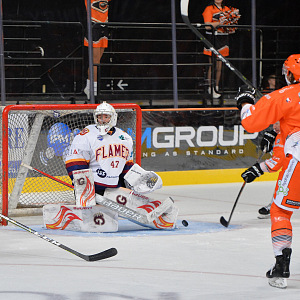 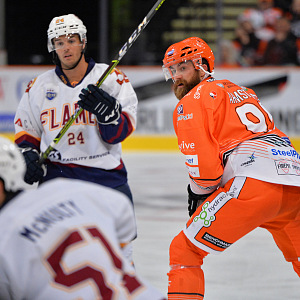 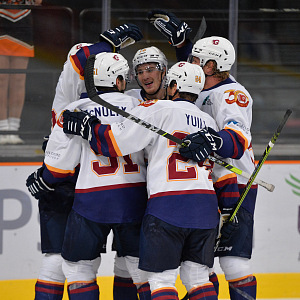 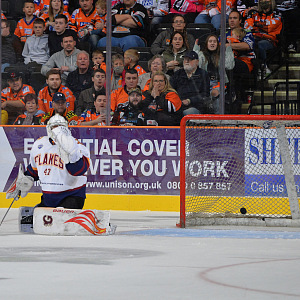 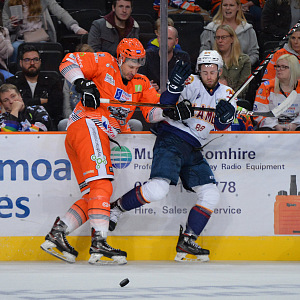 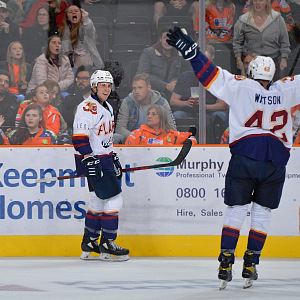 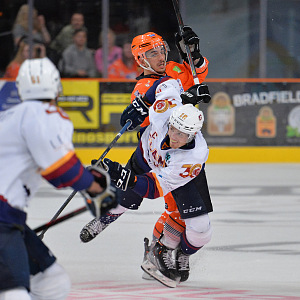