Will Kerlin backstopped the Nottingham Panthers to a win on his first start for the team as the Panthers took a two-goal victory in the Premier Sports Challenge Cup against the Manchester Storm.

It was an excellent start for the Panthers who led by two after the opening period. Simon Suoranta scored the opening goal 73 seconds into the game with a one-timer in the slot from Robbie Baillargeon's feed.

The lead was doubled at 10:40 after Josh Tetlow softly let a wrist-shot fly from the blueline and Matt Lane got the redirect to deflect the puck past Matt Ginn. A third Panthers' goal inside the closing minutes of the period was ruled out for a high stick.

Tayler Doherty added the hosts' third 4:17 into period two but the Storm were back into the game 2:!5 from the end of the period. Dallas Ehrhardt found Curtis Hamilton on the blueline, and the Manchester forward shot through traffic past Will Kerlin for a powerplay goal.

Manchester had chances to get themselves back to within one but couldn't find the final shot. Ryan Finnerty pulled Ginn for the extra skater late in the period but there was nothing doing for the Storm, and Kerlin held on to earn his team the win. 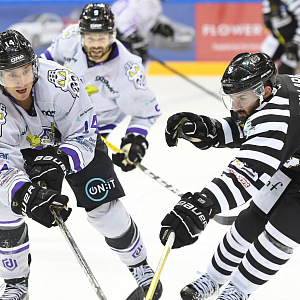 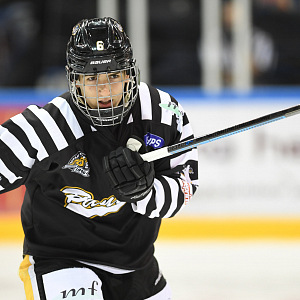 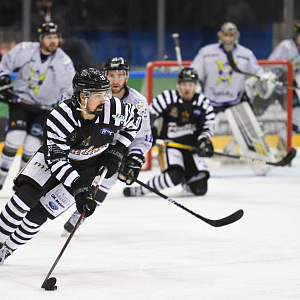 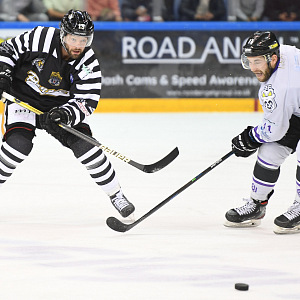 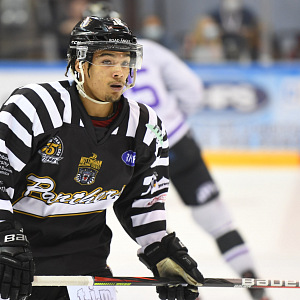 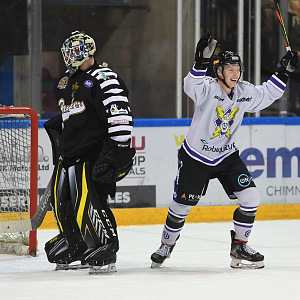 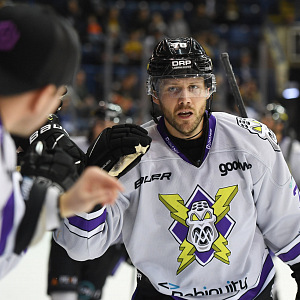